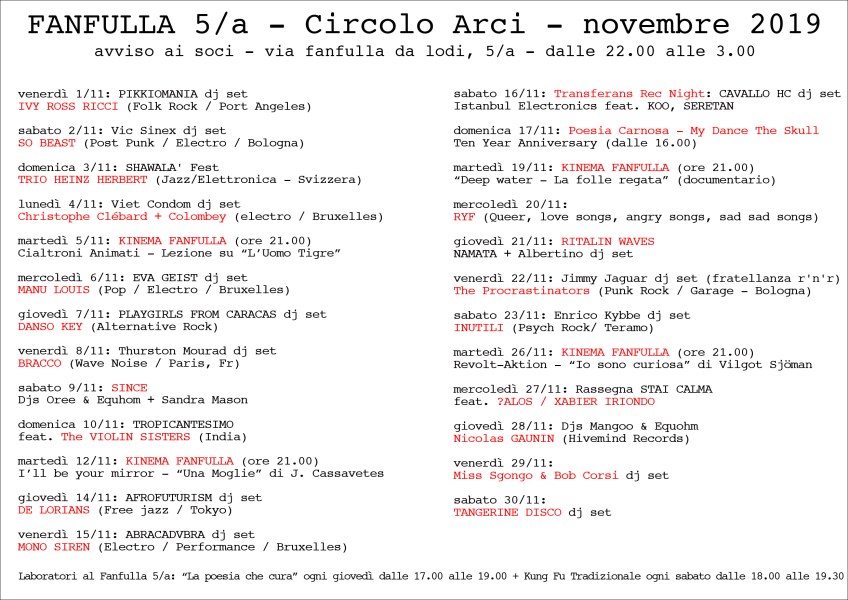 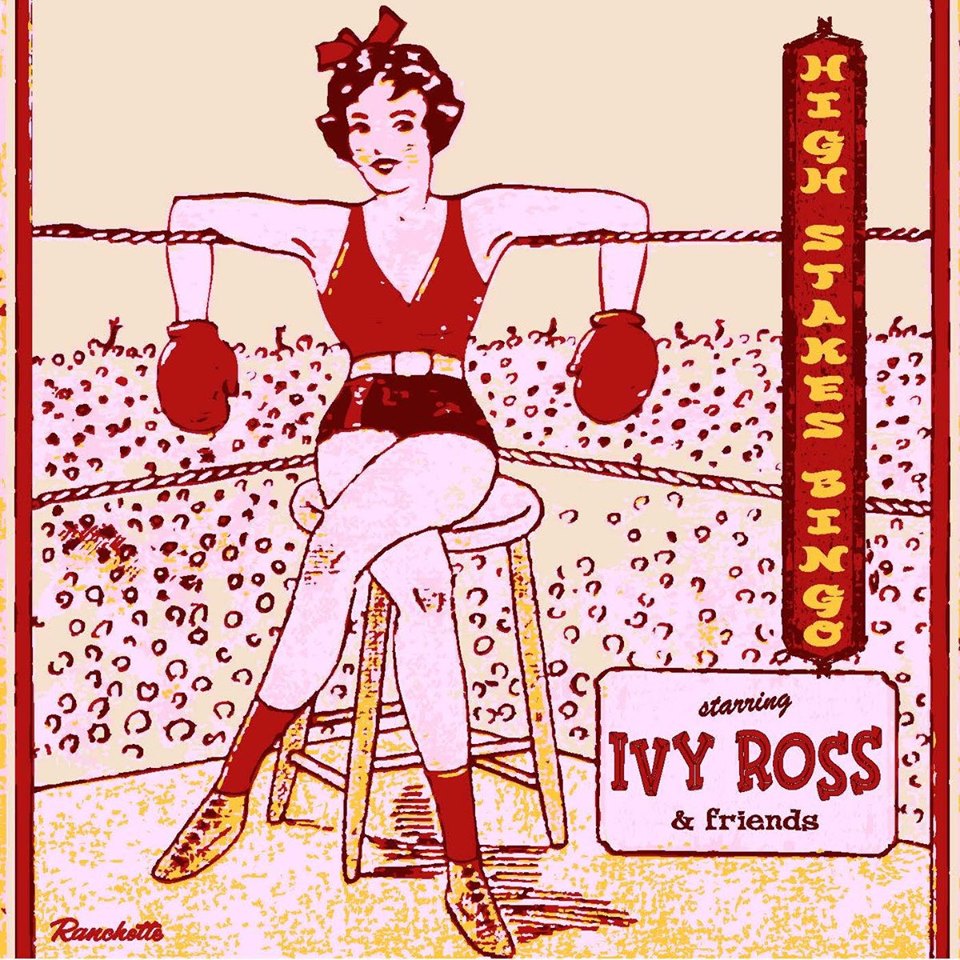 Ivy Ross Ricci's original songs exude gumption, gratitude and often educational material. As with her myriad creative endeavors: spontaneous synchronized dance moves, audience participation, and an appointment with the sacred clown are de rigueur. Based in Port Angeles, WA, Ivy has built an international following after decades and dozens of solo projects and collaborations that range from solo singer-songwriter to biopunk duo to brass band mayhem. 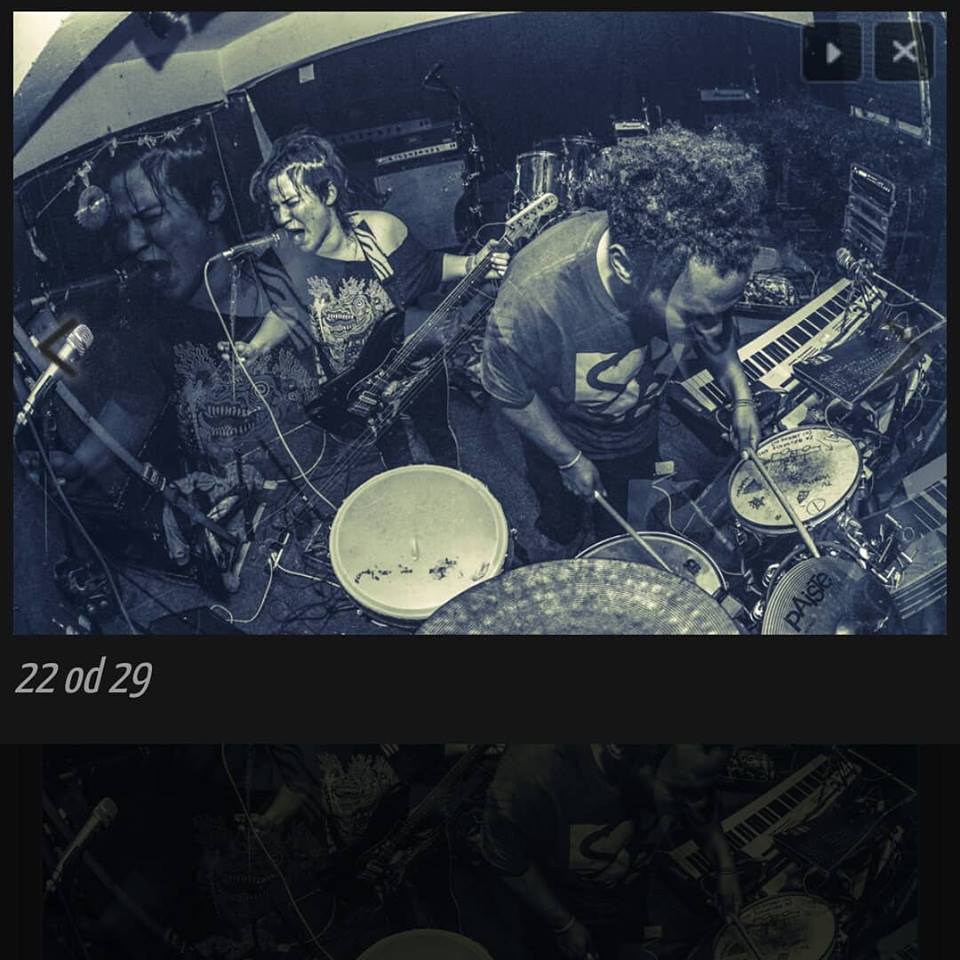 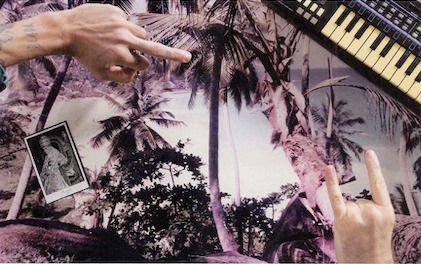 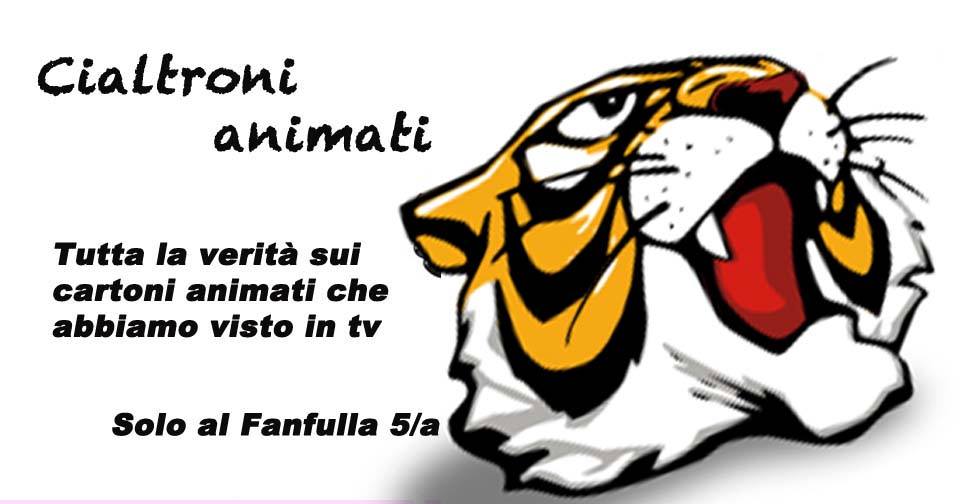 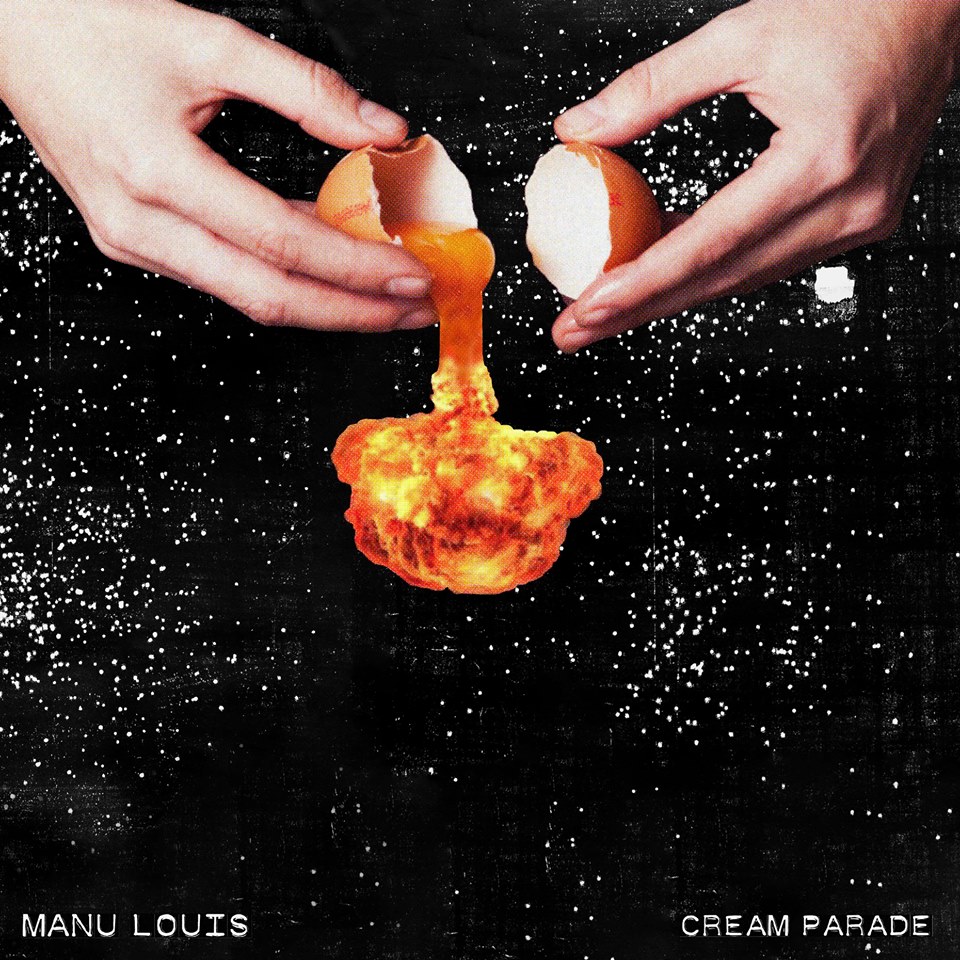 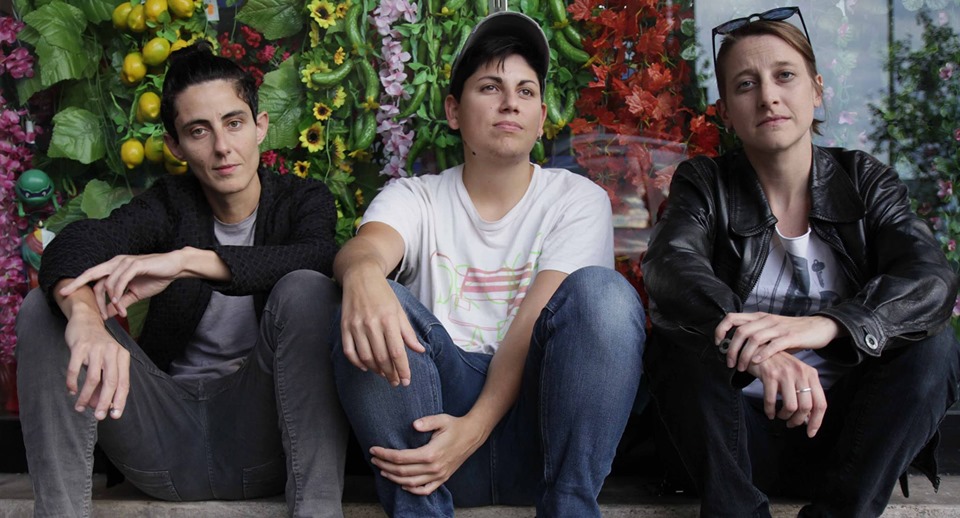 Danso Key is a queerforward power trio that combines unrelenting drums, an electric cello boosted on low frequencies, an intoxicated guitar and velvety vocals: the result is warm but abrasive. 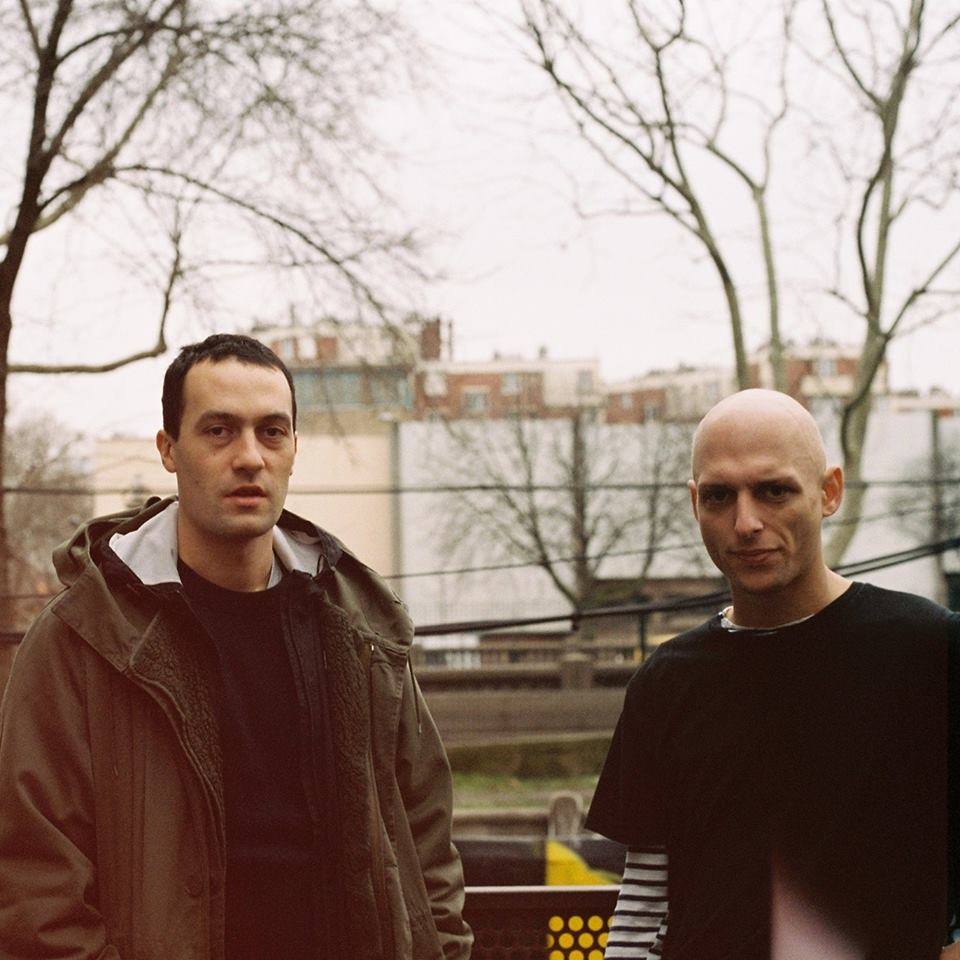 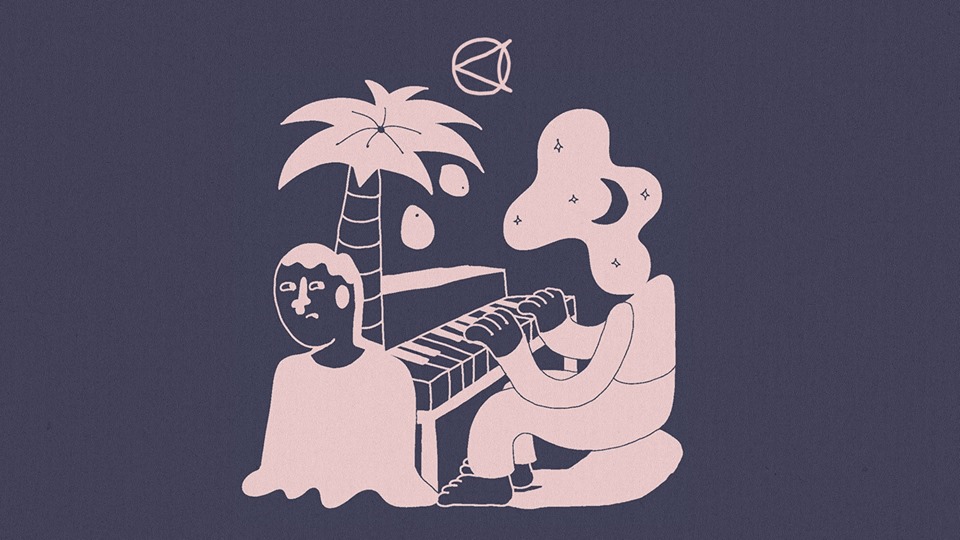 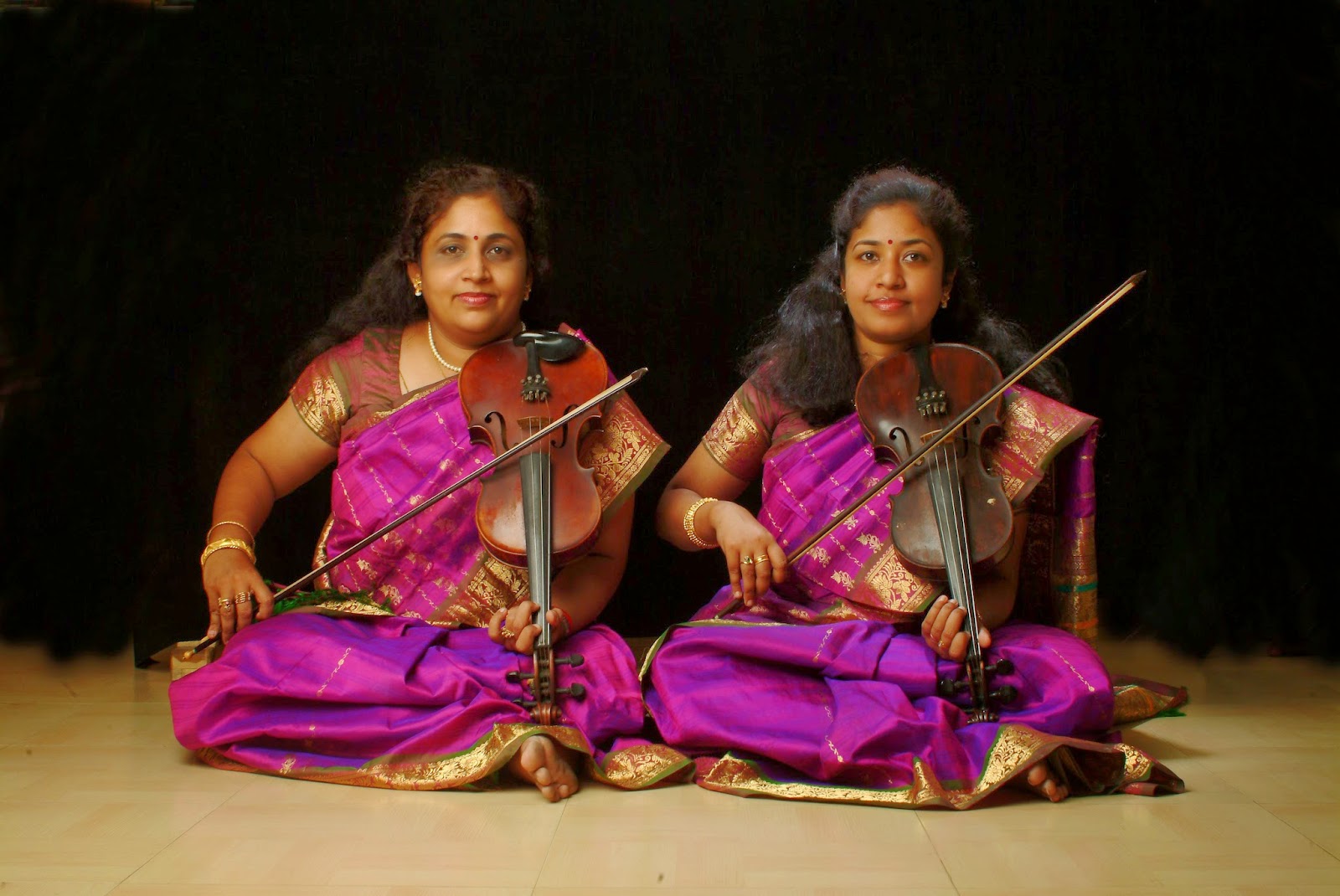 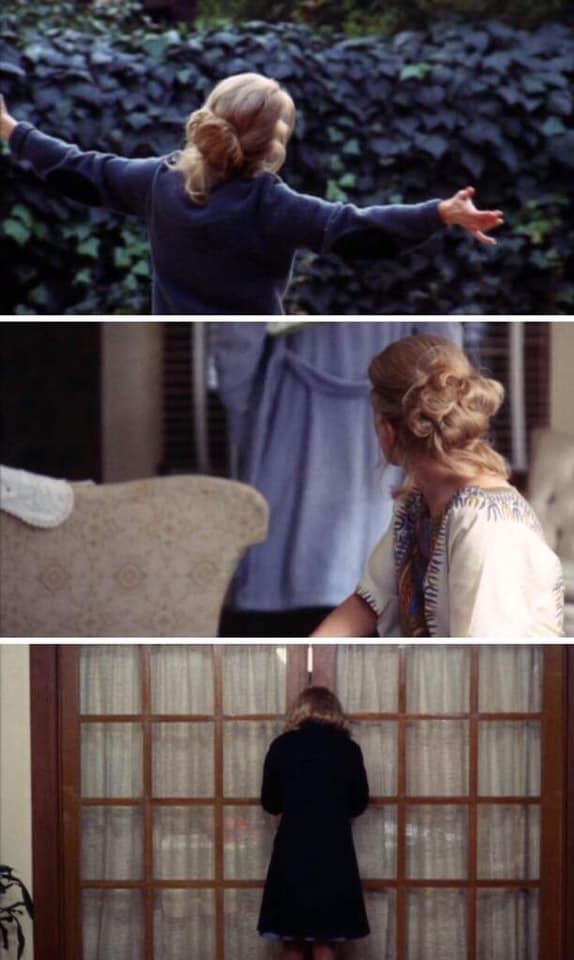 Rassegna I'LL BE YOUR MIRROR a cura di Francesca Pasquini

Primo appuntamento
“A woman under the influence” di John Cassavetes (1974) 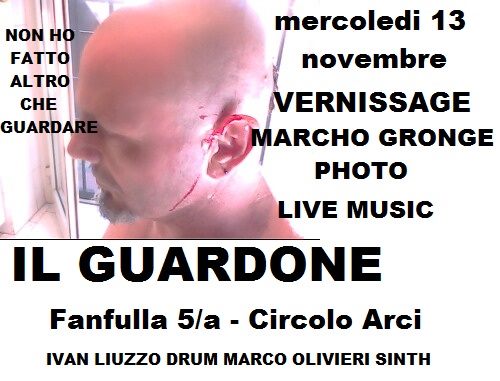 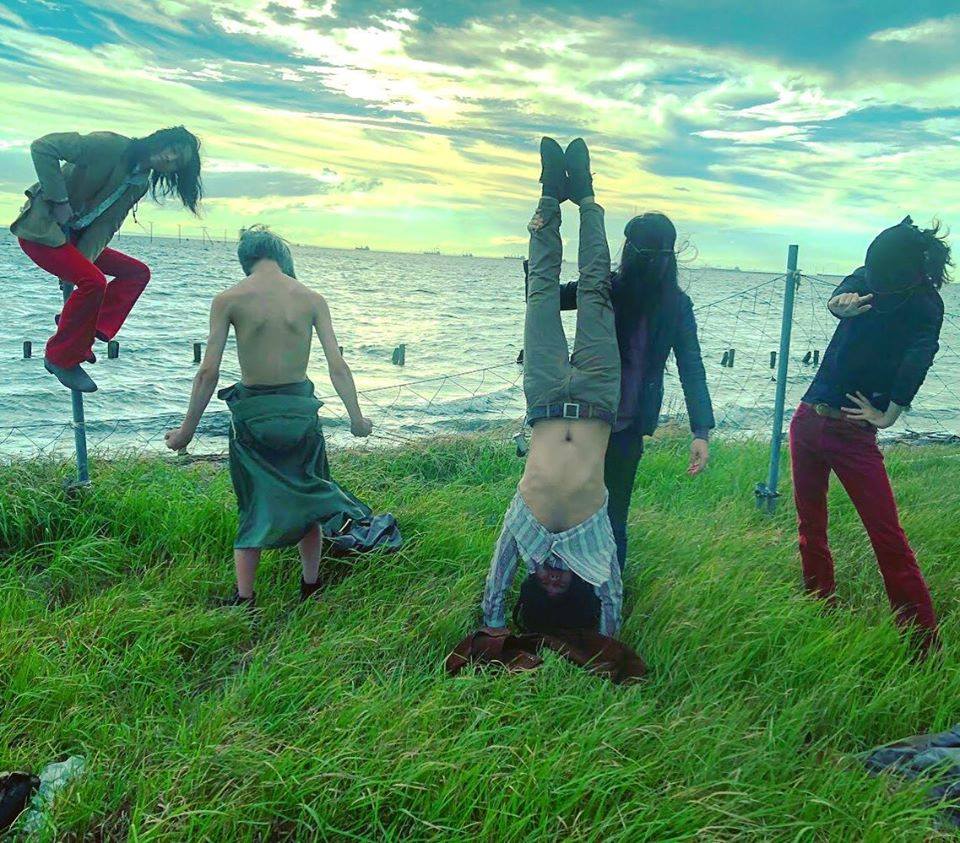 a seguire Afrofuturism by Simone Bruno 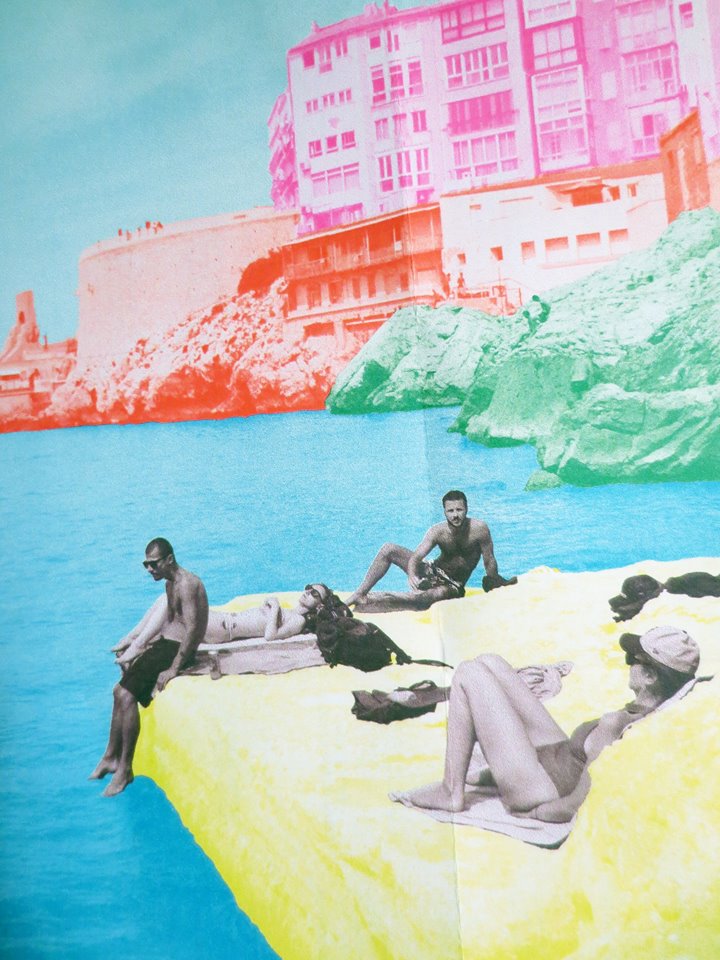 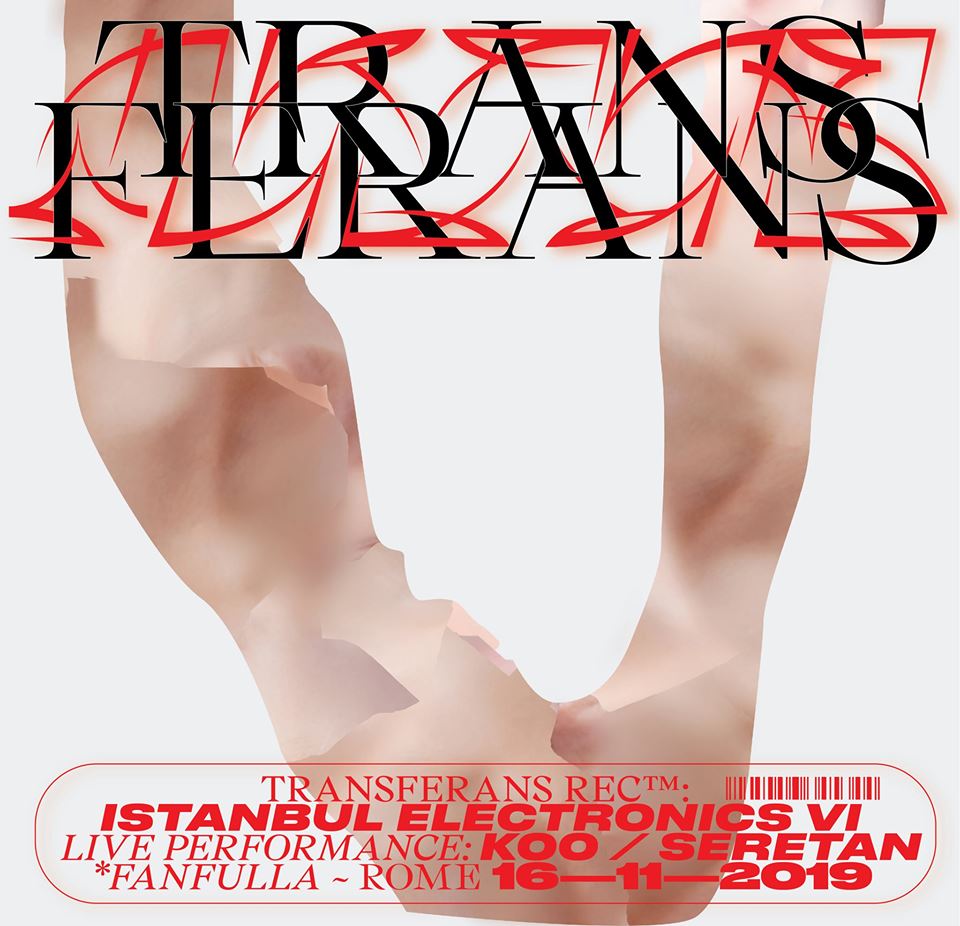 Transferans presents: “Istanbul Electronics”, the night with full of leftfield experimental electronic music that stretch your knowledge about Turkey’s current music scene! Transferans Rec: “Istanbul Electronics” takes place with performances of KOO, Seretan and UBE at Fanfulla, Rome. Running from 9 PM on November 16th until at least midnight, the event will feature live and dj set performances from three projects at Fanfulla, Rome. You are invited to a one-day electronic music event to listen fresh, rare and even unreleased tracks from Istanbul underground electronic music scene curated by Istanbul label!

SERETAN:
Seretan uses sequencers, drum machines and samplers to create distinct style of music which is based on additive structures, sustained textures and unusual combination of sounds.
Like any sound obsessive, Özcan Ertek splits his time between a number of different projects. At the top of the list are Eno-inspired ambient explorations under his soundcollage moniker, as well as the experimental electronic music he makes under the name Seretan. From minimalist ambience to larger-than-life melodicism: Turkey’s sonic explorer Seretan will play live show that speaks to new club ecologies.
https://seretan.bandcamp.com/

HC is a project by Stefano Cavallo, Dj and Producer based in Rome. His music is characterised by smooth sonorities mixed with percussions from every angle of the planet, field recordings, cinematic and electronic sounds along with downtempo, trip hop, trance, ambient-techno e tropical-techno influences 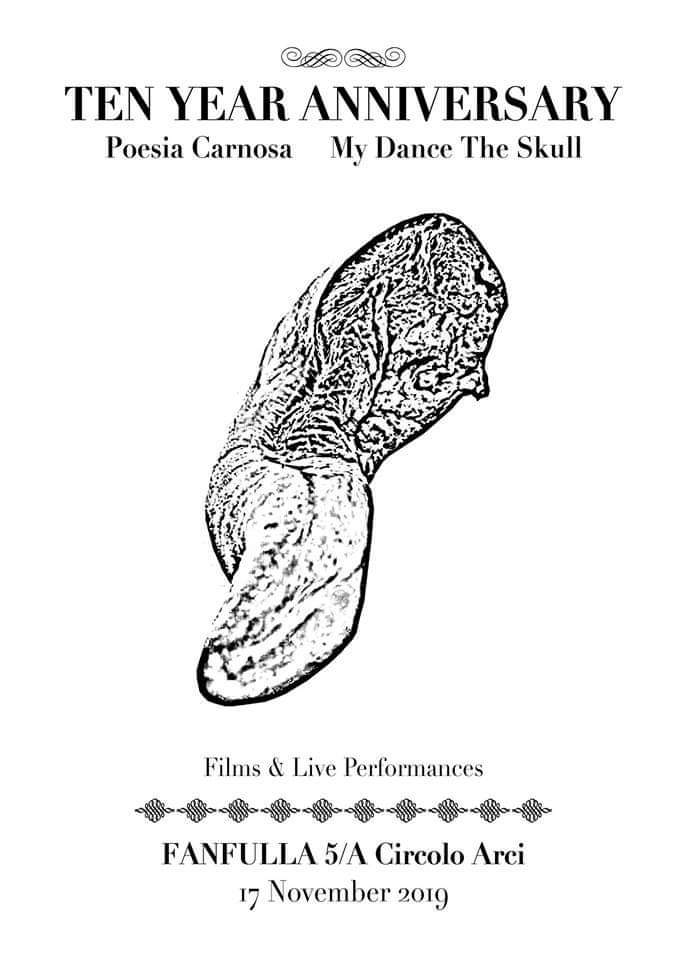 POESIA CARNOSA / MY DANCE THE SKULL

JABBABOY
Jabbaboy moves between free jazz & noise & his latest record “Do your dirty work. I’ll do mine” is fresh and inspired. Files under: Kaoru Abe meets Dieter Roth.

GRIP CASINO
Grip Casino presents his new record - a new group of abstract blues pieces written for My Dance The Skull. I think of Robert Bresson: ‘Bring together things that have not yet been brought together and did not seem predisposed to be so’.

CRISTINA PICIACCHIA
Instructions is a series of actions designed by Cristina Piciacchia. The purpouse of this series is to provide information for anyone to encourage day dreaming, self reflection & self-liberation.

MYRA JARA TOLEDO
Myra was born in Lima in 1987 and lives in Rome. He studied literature in Peru, Germany and Italy and has practiced “Contemporary Dance” in Lima and New York. She published the poetic collection "La destrucción es blanca" (Lima, 2015). His poems have been published in various poetry magazines in Mexico, Argentina, Italy, Finland, Denmark.
Myra will read us some poems that will make you feel the blood flowing over your skin.

ACCHIAPPASHPIRT
Acchiappashpirt is a sound and video poetry/poetronic duo between the albanian poet Jonida Prifti and the italian sound artist Stefano Di Trapani formed in 2008. Inspired by the ouija board concept “Poetry pilots the electronic sound through wirings and feedbacks and so turns it into poetry itself. Acchiappashpirt will present a new exclusive track about languages, tongues, and fractures, voice and vocoders.

VALERIA SCISCIO'
Cut and paste actress action , in a mixture of the timeless Majakovskij, the friendly Piumini, the comedian Kafka, something from Montale and Dulcis in fundo., Pavese. And then..... improvisation...

DADDIES ON ACID
The organ of silence, the texture of pleasure, stir the transparent memory of the skin, erect a temple of liquid moans and give matter to the dust of the word.
This ephemeral territory where the tongue of the sounds wets the language clinging to the wall of the body, abyss in the slip of the infinite, your gaze is the horizon.

Untitled
2019 / 3:00 mins
Let the 10 year anniversary celebration begin with a heartfelt video message by Isabella. Oscillating between suspension and acceleration the video presents a succession of titles and greetings.

The first part of this program consists of a series created with Tennessee-based performance artist Bryan Lewis Saunders and sound artist Z’EV. Combining both original and found footage these short films have also played in gallery installations and as visual accompaniments to live performance by both Saunders and Z’EV. In the past 5 years Hollenbaugh has been concentrating on Super 8mm non-traditional documentary portraits focusing his attention on American outsider artists whom he considers extraordinary. These films have received much acclaim, playing internationally at film festivals, museums, universities, and galleries, as well as being featured on German television. Three of these portraits will conclude this program centering on the lives of Bryan Lewis Saunders, Susan Lowe, and William Mayer.

If My Mother And I Were Monkeys I'd Be Dead
2010 / 2:10 mins
Film Collaboration with Bryan Lewis Saunders

Mercury
2011 / 10:25 mins
Original / Found Footage make up this short experimental piece based on the spoken word of Tennessee artist Bryan Lewis Saunders.
"One day it just hit me how the geological composition of Earth could be the perfect metaphor for cognitive psychology. Then the isolation I feel when I am severely depressed set in and instantly I felt alone, as if my brain was a lot more like the planet Mercury." - Bryan Lewis Saunders

Self Portrait Portrait
2014 / 5:47 mins
Bryan Lewis Saunders has been creating a self-portrait every day for nearly twenty years. This short documentary examines his process and determination to create, without pretension or boundaries. Each portrait is a unique slice from Bryan's daily life exploring a wide range of emotions, desires, and fears.

Nuthouse Drawings
2015 / 5:35 mins
Susan Lowe is most well known as an actress in the early movies of filmmaker John Waters. This short portrait film focuses on Susan's life as an artist and in particular her works known as 'Nuthouse Drawings'. Sometimes thought of as painting friends, Susan started creating these works while staying at a psychiatric hospital. Serving as a way to battle her depression, fear, and loneliness, the 'Nuthouse Drawings' are a one of a kind look into the mind of one of Baltimore's most imaginative artists.

The Paintings Paint Themselves
2017/ 6:15 mins
For the past 20 years, New York based, self-taught artist Bill Mayer has been creating an exuberant and startling body of work that captures the gritty street life of pre-Bloomberg New York City and reimagines classical painting genres inspired by lifelong visits to the Metropolitan Museum of Art. Mayer invites us to his studio—housed inside a 200-year old hotel in Davenport New York—for an intimate look at his art as formal practice, expressive therapy and a way to create the worlds he wants to see.

Cataloguing a collection of works from 1999 to the present, this is an important overview of the Elggren’s pursuit of the hidden secrets and spectral enigmas found within the everyday. What marks Elggren’s video works is an understanding of how image and sound work together to infuse the electronic material with an element of the uncanny, and to supply the imagination of the viewer with a glimpse onto infinity.

MAZE
1995/9:00 mins
Locked naked and blind in a room with strangers. How long would we be left there?

CAGED
2015/5:03 mins
It's all part of a game between the guards who follow the rules and the inmates who defy them, both slaves to a system that cares nothing for them except as feed.

HORROR OBSOLETE
2017/18:55 mins
Endless Mardi Gras/ Your love is all love. An illusion. A lie. Your affection is a sham. Was it ever really there? What difference does it make?

Flababble
2011 / 2:26 mins
A slow-motion video of myself shaking my head, with a sound track of processed vocals.
Duration 2:26

Song for the Cubists
2010 / 1:49 mins
I processed a low-resolution video of a burning candle.
The sound track was made of voice samples.
Duration 1:49

Displacement sites
2011 / 8:45 mins
A family, along with their many pets, appear to have settled on the periphery of modern society. A haze of illuminated floats flash through an unseasonably warm evening.

Captured over the course of a weekend. Edited in-camera on 16mm, collaged with found and composed sound.

Melting knowledge
2019 / 04:50 mins
Animated using ganbreeder, photoshop and after effects. Audio is from an upcoming LP out on Premier Sang, recorded live at p38 Gallery Paris. Tapes, electronics and clarinet.

Prendo a schiaffi me stessa per non prendere a schiaffi voi
2019/1:00 min
A message for the world. No, I'm not calm and yet no, I'm not worried: I'm busy slapping myself not to beat you up.

Blue waffle image search
2019 / 8:30 mins
Inspired by The Curtain Lady Of Rhode Island, the eight-and-a-half-minute “Blue Waffle Image Search” uses text assembled from artist bios in a large anthology of amateur photography, recited over a montage of looped fragments of music and unclear sound. The grainy, black-and-white video, shot entirely with mobile phone, explores the psychological effect of unhealthy preoccupation with and fear of being forgotten.

Special thanks to Lucian Tielens

TV Cheese
2019 / 9:00 mins
Named after one of a series of advertising posters created and displayed by a local grocery store, “TV Cheese” was inspired by the cut-up technique of A Big 10-8 Place, Flee Past’s Ape Elf, and “Bomb Plus Bomb Tape.” The original 1980s tapes containing initial unedited pieces were lost and it remained unrealized until it was revisited for inclusion on The Thirteenth Century German Poet (And Who Can Forget Him) (BUFMS 2016). The nine-minute collage juxtaposes recognizable and obscure samples from numerous pop culture sources (rock music, movies, television, radio, children’s records, thrift store cassettes) with fragments from the group’s own radio shows, plays, movies, and recording sessions.

Stupid time - a film in 3 parts
2011 / 20:00 mins
The three parts focus on aspects of Mama Baer's development in life as an Asperger autism, and this before she got her diagnosis, so simply the development of the feeling, that she does not fit society.

Follow him Pt.1
A fictive story, that she follows something without thinking about the fact why, it depends on her up-bringing by her parents, shed had to fit situations, often failed.

Question Pt.2
Why things happened, why she followed someone, why she failed?

For the main control Pt.3
Mama Baer breaks out from her situation, by part under Hjuler’s direction. A remarkable situation here is Mama Baer inside a hall for planes, camera running onto her, she is screaming as weird as one can do, and a break in her life.

Rehearse/Perform/Re-stage (Trio)
2019 / 7:00 mins
A trio of attempted unison.
Rehearsal and performance footage of Untitled Transcript - a work that uses visual scores for movement - at Cafe OTO in 2018; forgotten and re-staged one year later at Siobhan Davies Studios.

Untitled
2019/8:20 mins
The hand-coloured images wobble & writhe, a complex collage come to life! The overlaying and undercutting images create a sinister narrative while frantically jogging and jostling to the whacked-out Blood Stereo sounds. 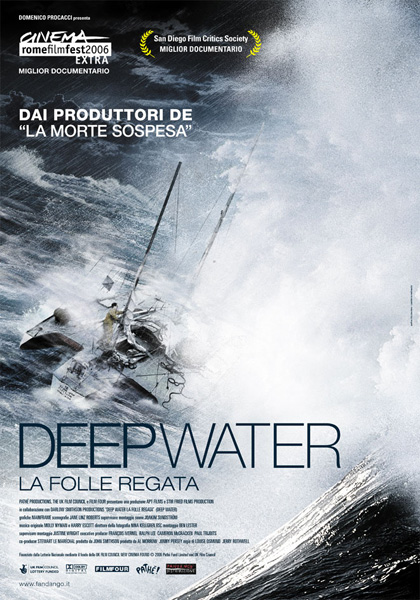 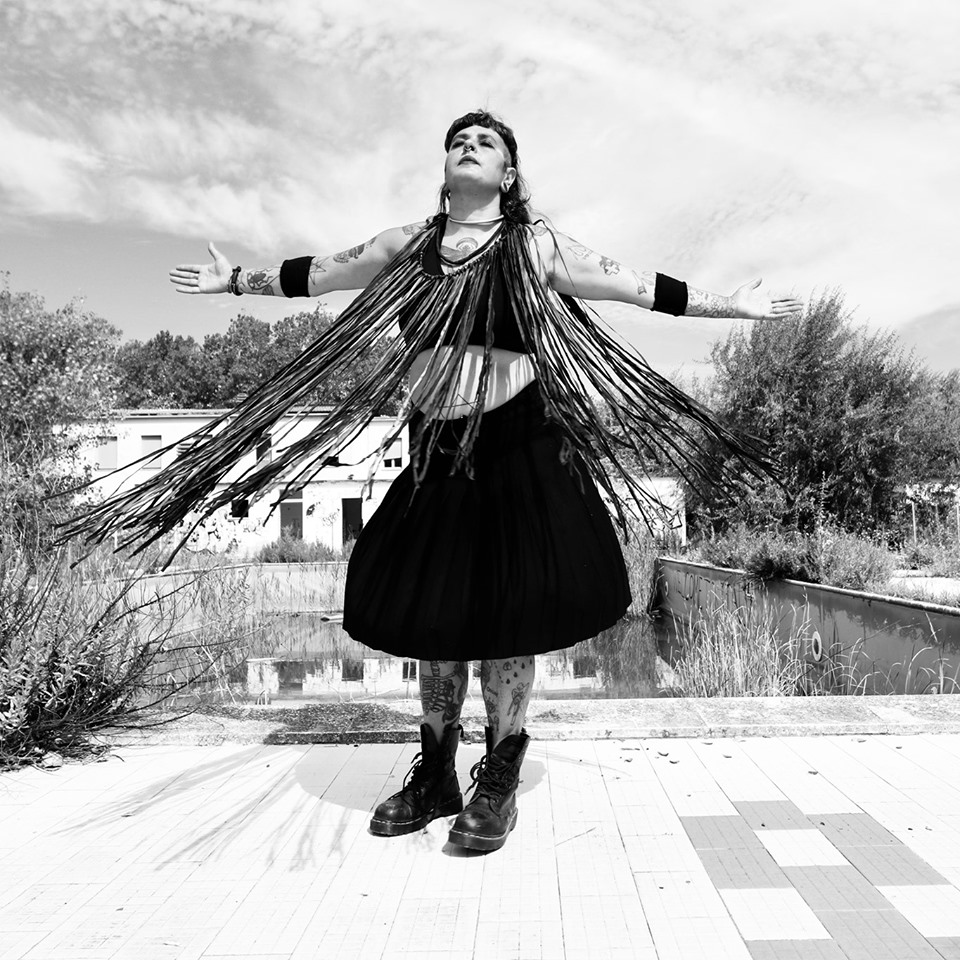 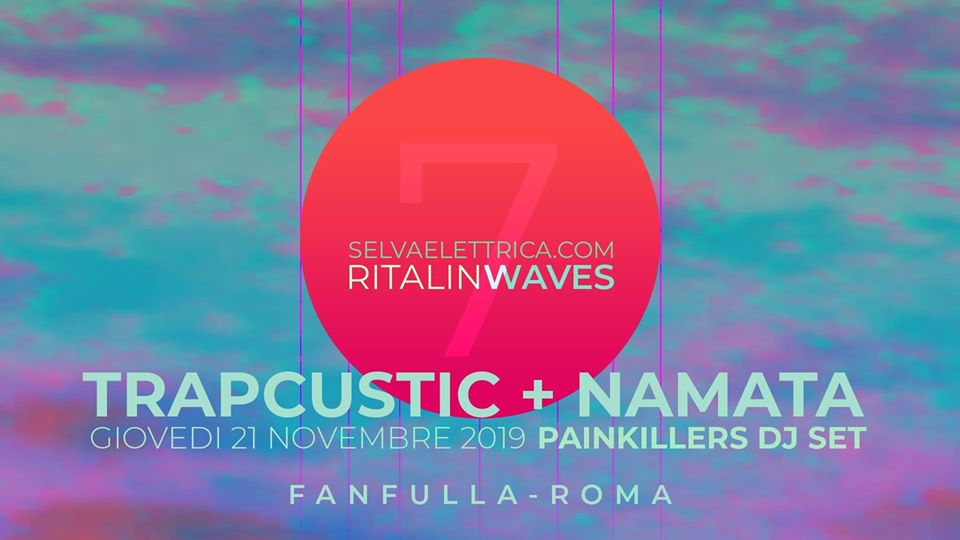 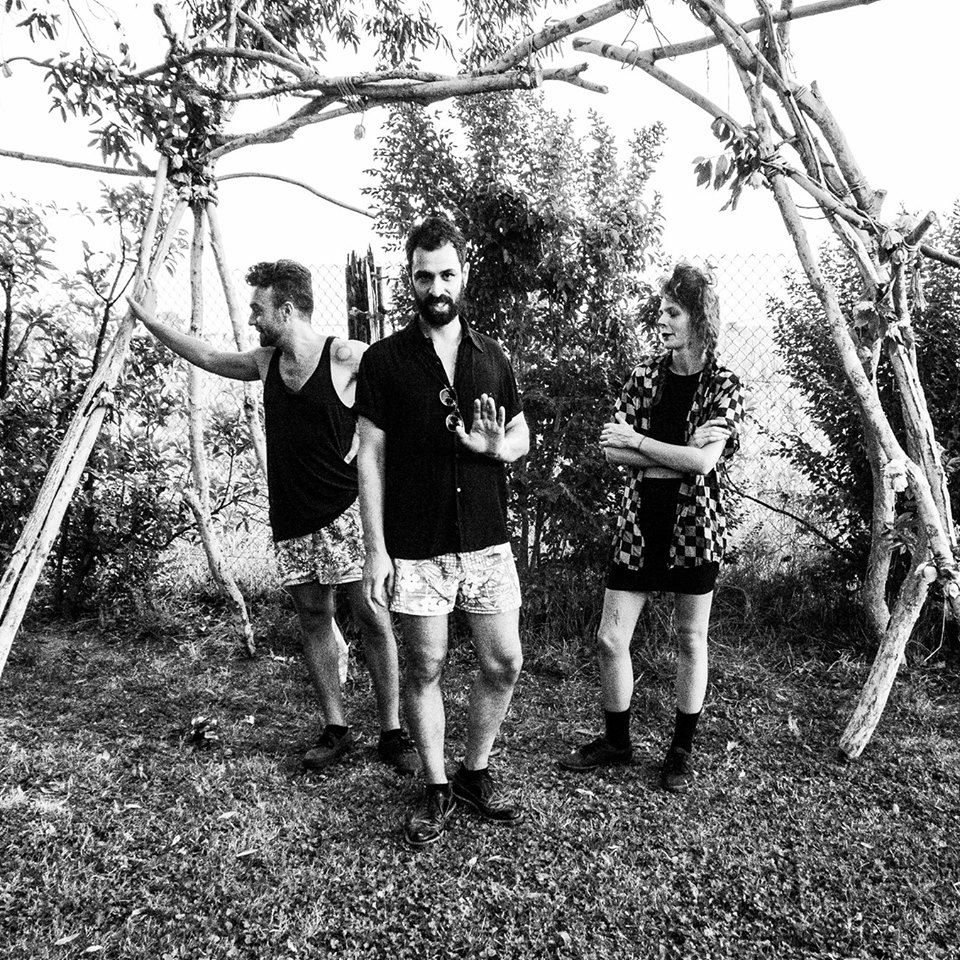 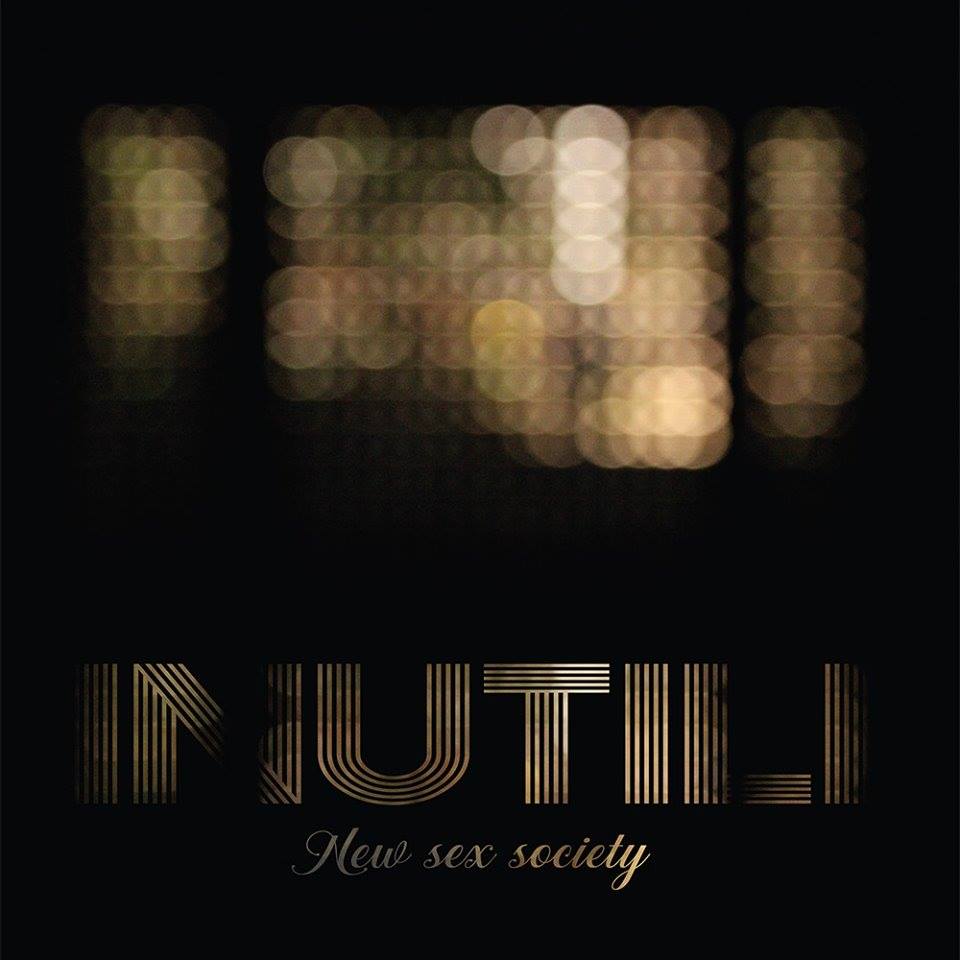 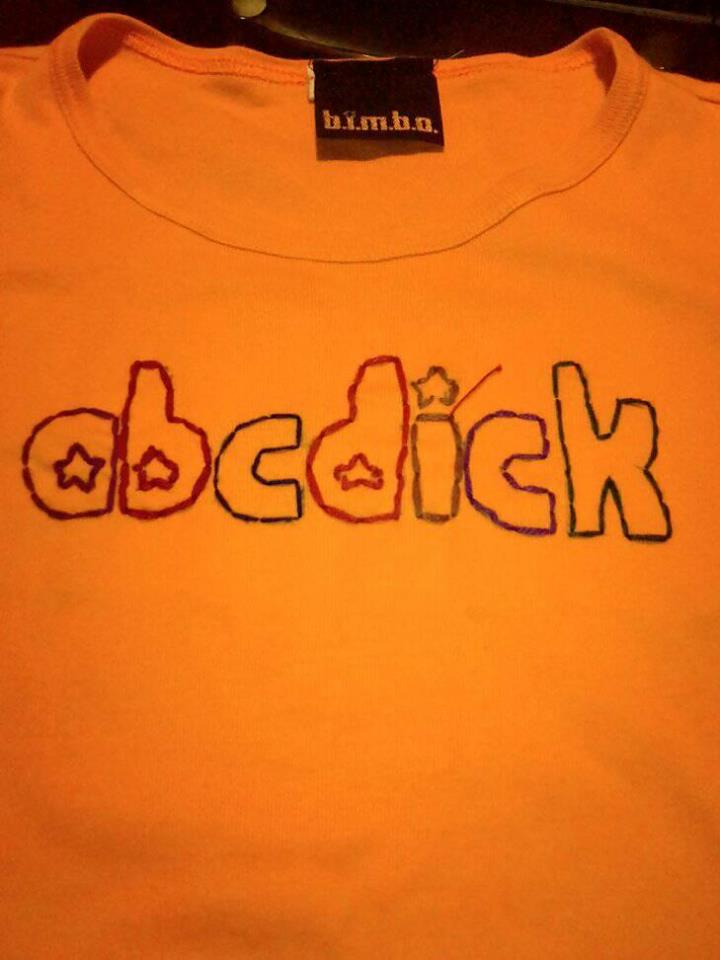 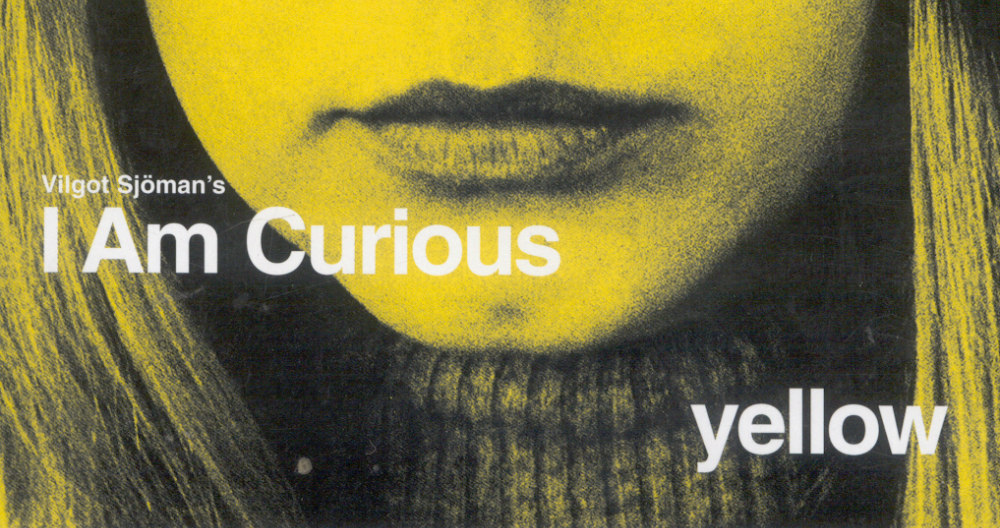 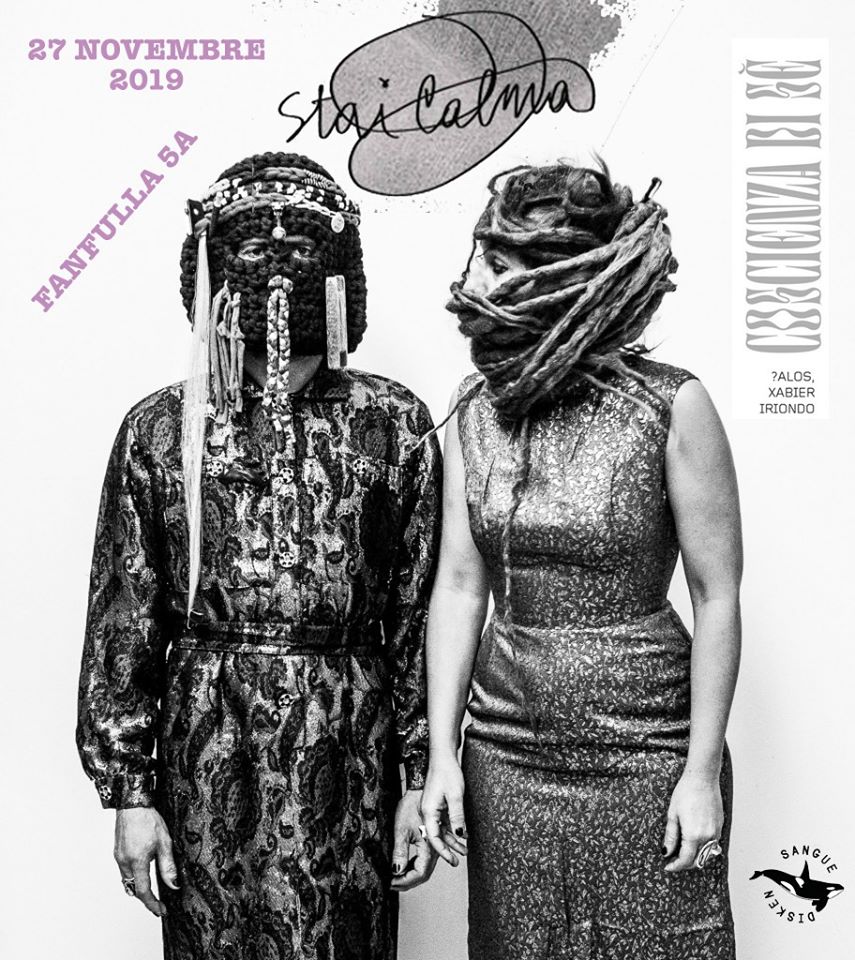 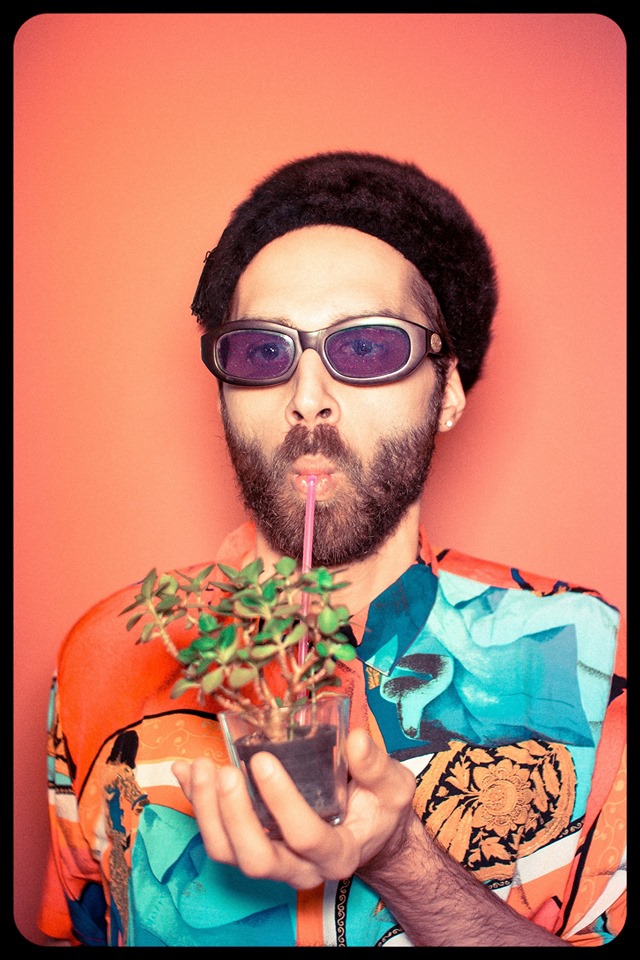 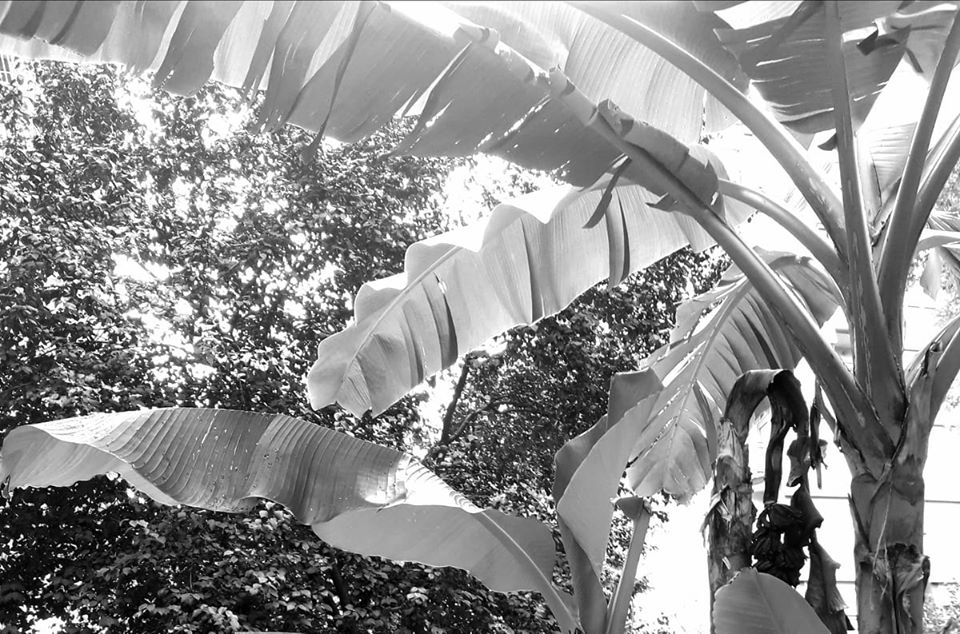 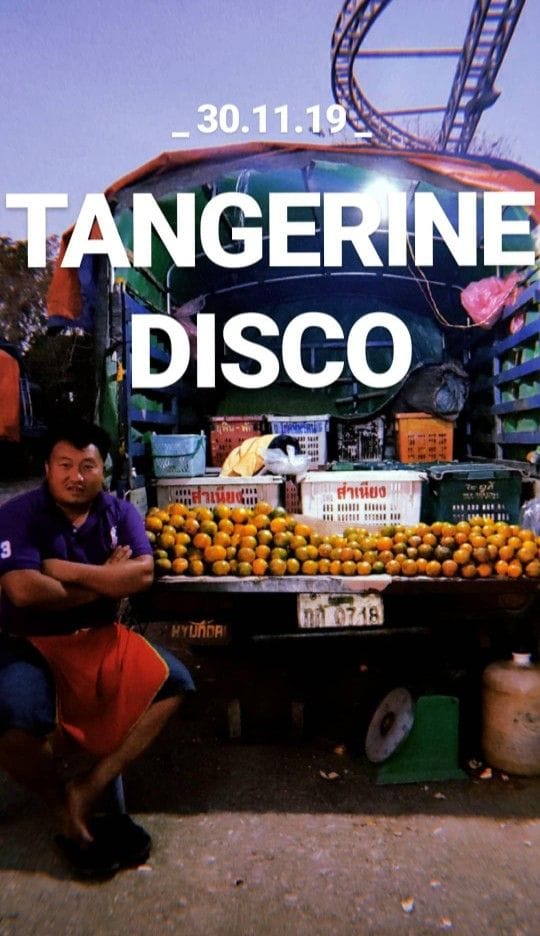