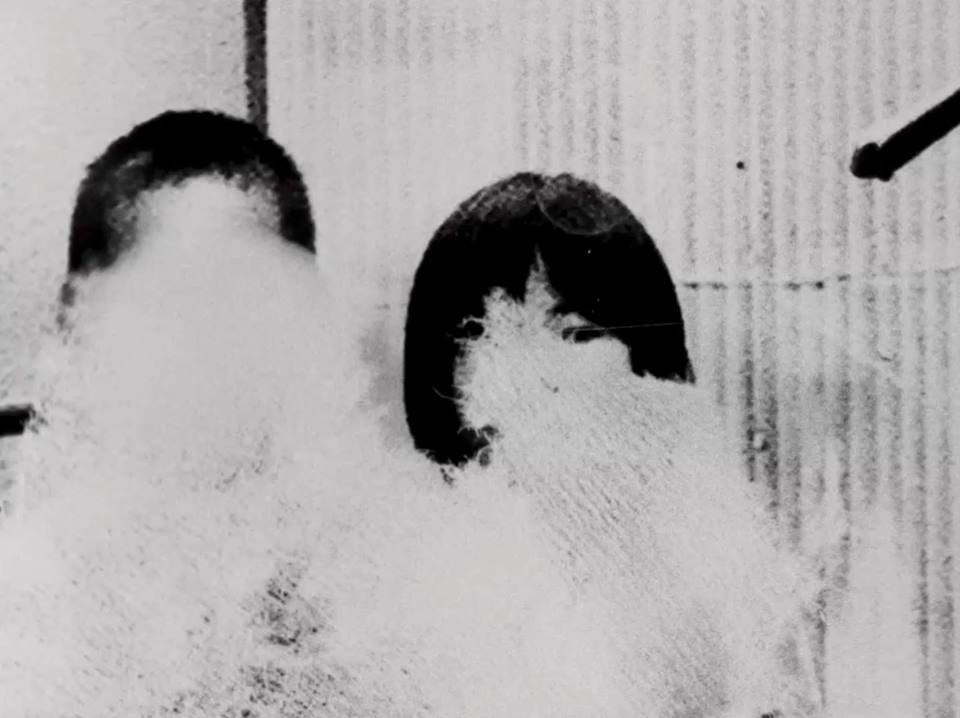 Films To Break Projectors
Iloobia // 5' 16'' / 2016 / UK / experimental
‘Films to Break Projectors’ glues, scrapes and splices 35mm, 16mm, standard and super 8 film to create defective and unprojectable celluloid sculptures, made from a combination of found and self shot footage Hi-res scanning and digital stop motion reanimates the material and reveals its potential motion and colour music within, where traces of ambiguous narratives emerge from thecomplex loops.
Tim Grabham (AKA iloobia) has produced still and moving image work independently for 30 years, in the form of short films, animation, photography and installations, as well as documentary and long-form features.
More recently he has co-directed two independent and critically acclaimed feature documentaries - 'KanZeOn' (2011) and the award winning 'The Creeping Garden' (2014). His work has screened internationally at festivals, cinemas and galleries.

¡PíFIES!
Ignacio Tamarit // 4' / 2016 / Argentina / animation . Found footage
¡PíFIES! (from the Spanish slang “mistake”) is the kind of film I would like to see when I screen home movies, but that I never end up finding. From clippings of my own collection of home-movies,
I built a rhythmic collage where at first the focus was placed on the films’ technical problems: violent pans, out of focus, insane zooms, abrupt cuts or what would have been discarded by the cineaste instead of being kept in the final cut. However, ¡PíFIES! ends up being an eulogy to the home movie filmmaking, to the construction of these amateur handmade films, to the filmmakers who shoot their families, their exotic trips and their daily lives so that they can be remembered.
IgnacioTamarit is a filmmaker, teacher and musician. He studied at the Centro de Investigación Cinematográfica and at the Facultad de Filosofía y Letras, Universidad de Buenos Aires. He has given film workshops at the Big Sur Contemporary Art Gallery, C3 Centro Cultural de la Ciencia y Lumiton Museo del Cine Usina Audiovisual, where he also works as an archivist, programmer and film curator.

The Islands
Hsuan-Kuang Hsieh // 9'50'' / 2016 / TAIWAN/ USA / 16mm / experimental
The Islands is an experimental documentary which consists of mundane objects and 35mm film photographs I took in three islands: Inishimore (Ireland), Staten Island (United States) and
Tsushima Island (Japan). By constructing, re-filming and hand animating the photographs and objects, island is no more an geographical term, but a state of mind.
Hsuan-Kuang is a multidisciplinary artist and filmmaker, born and raised in Taiwan, currently living and working in Los Angeles. This dislocation from her homeland deeply influences the narrative of
her work, in which she explores the complexity of multicultural identity, with particular attention to landscape as a source of identity. Hsuan-Kuang's work has been shown in both national and
international venues, ranging from theatres and festivals to galleries and museums.

The tide goes in, the tide goes out
Larissa Fan // 5' 30'' / 2012 / canada / super8 / exp
A hand-processed, black-and-white ode to the secret world of moon jellyfish (Aurelia aurita). "The tide goes in, the tide goes out" revels in the material and chemical qualities of the film medium,
with the fragility of the film mirroring that of the jellyfish.
Larissa Fan is a Canadian (Toronto-based) artist who works in 16mm and Super 8 film. She is interested in the unique qualities of analogue media and uses experimental techniques to expressively document moments in the world around her. Her work has screened at venues internationally including Anthology Film Archives, Images Festival, and Kassel Documentary Film & Video Festival.

the Garden of Delight
Michael Fleming // 11' 36'' / 2017 / the Netherlands / super8, found footage, 35mm /
experimental
Three scenes reflecting on paradise, lust and hell. In ‘the Garden of delight’ beauty and evil go together like in a dream. We dive into a world of erotic derangement, inhabited by dancing lovers, lustful mutated baboons, tropical birds, deformed pin-ups, butterflies and body-builders. This hand-manipulated collage film, made entirely out of 35 and 8mm found-footage, explores the marriage between heaven and hell, our irresolvable endless conflict that goes with human nature.
Inspired on the triptych ‘the Garden of Delight by Jheronimus Bosch.
Music composed, recorded, mixed, and edited by: Aaron Michael Smith.
Musicians: Timothy Paek – Cello Yeji Oh - Piccolo Elisabeth Shafer - Trombone John Demartino - Double Bass Shanon Rubin - Clarinet & Bass Clarinet Janny Joo - Violin Sean Gill – Percussion.
Michael Fleming is an Amsterdam based visual artist.
In essence his work appropriates iconic cultural images, altering them to highlight underlying issues.
His ‘moving paintings’ are primarily made out of found footage, using feature films, advertising and pop-cultural scenes completed into a mesmerising montage of images.
Flemings work has been featured in exhibitions and film festivals internationally.

Framelines
Sabine Gruffat
10' 14'' / 2017 / Usa / 35mm / experimental
Framelines is an abstract scratch film made by laser etching patterns on the film emulsion of negative and positive 35mm film. The strips of film were then re-photographed on top of each other
as photograms then contact printed. The soundtrack filters and layers the noise made by the laser etched optical track.
Sabine Gruffat is an artist who works with experimental video and animation, media-enhanced performance, participatory public art, and immersive installation. She is also a filmmaker with a special interest in the social and political implications of media and technology. Sabine's films and videos have screened at festivals worldwide. She has also produced digital media works for public
spaces as well as interactive installations that have been shown at the Zolla Lieberman Gallery in Chicago, Art In General, Devotion Gallery, PS1 Contemporary Art Museum, and Hudson Franklin
in New York. Currently she is Associate Professor of Art at the University of North Carolina - Chapel Hill. 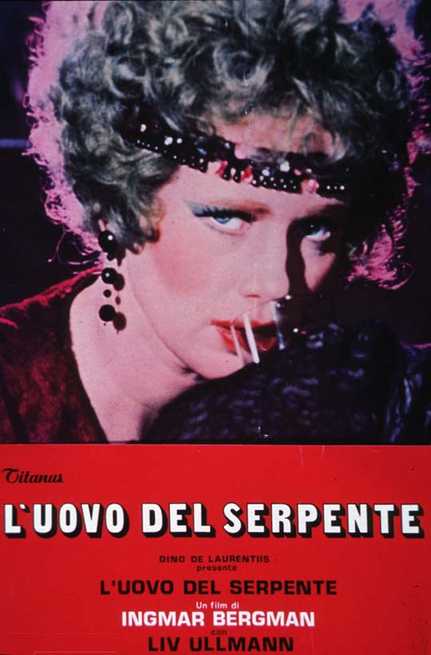 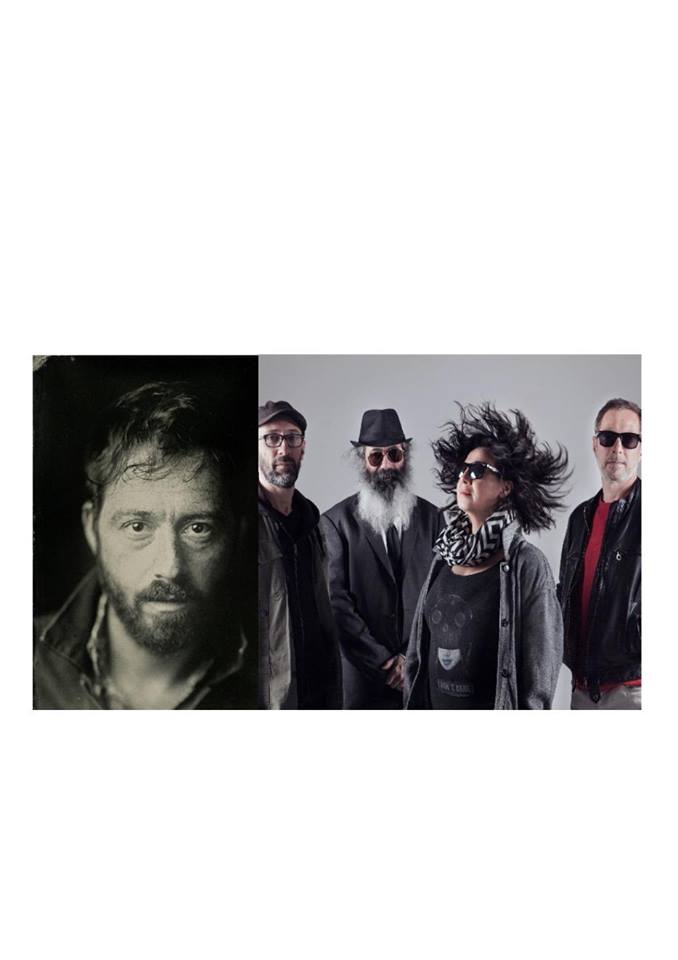 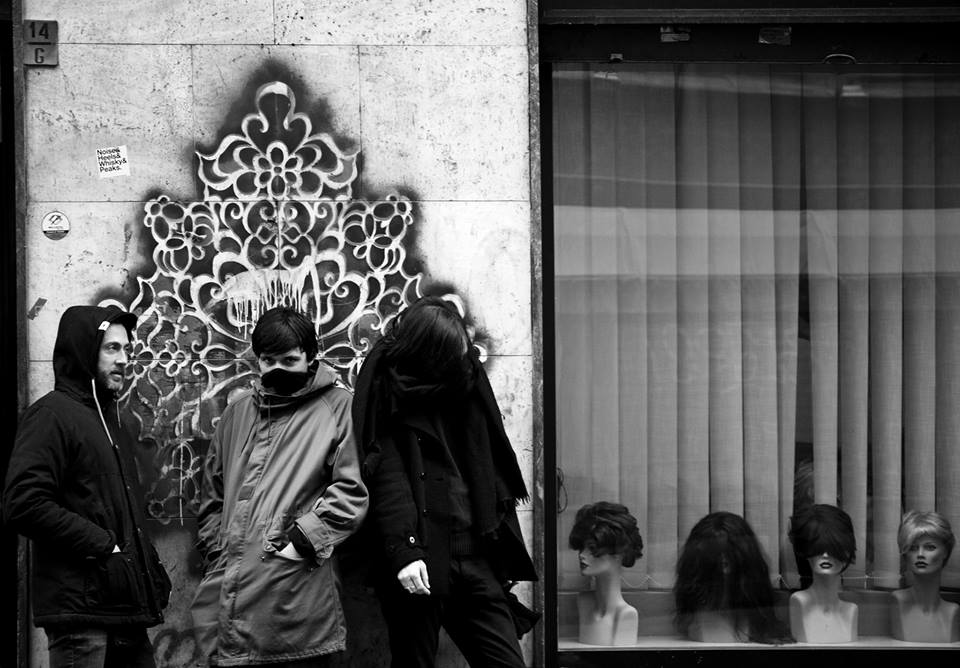 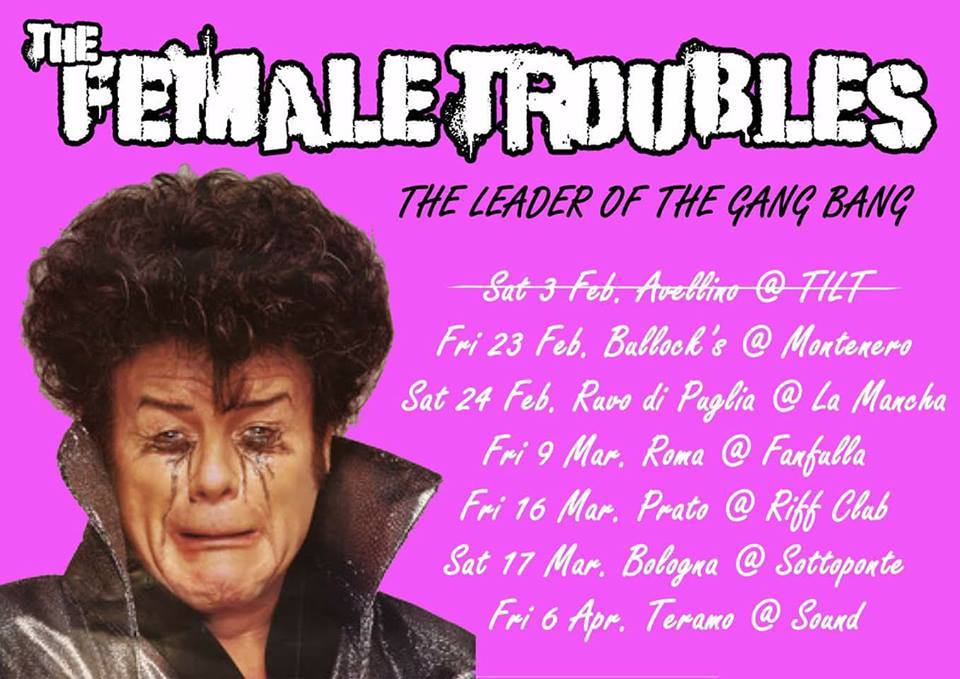 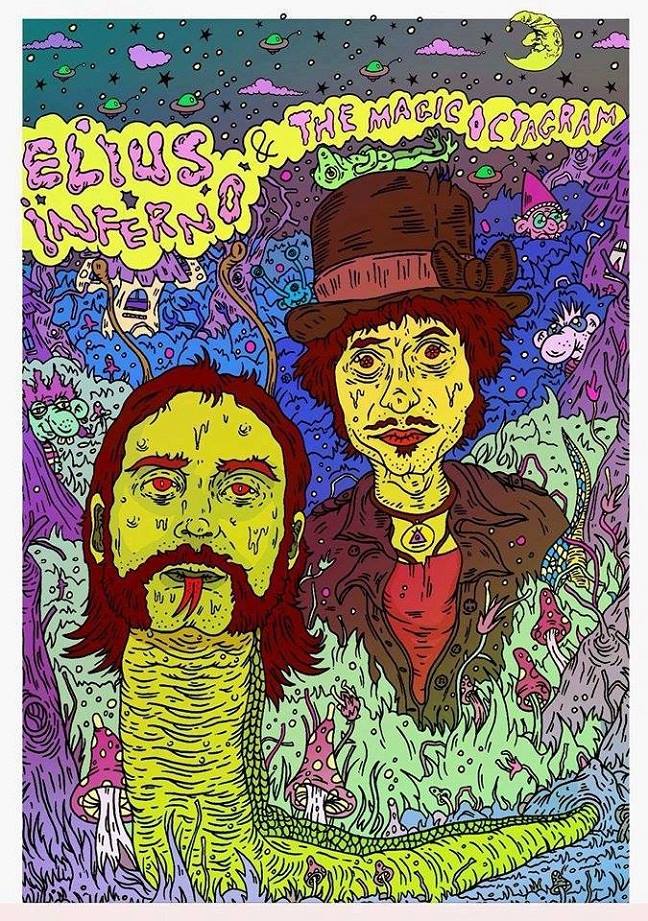 Elius Inferno & The Magic Octagram (EITMO), a collaborative project created in London in 2015, is the brainchild of longtime friends and musicians, Elio di Menza and Donato Guitto.
While living and performing in London with Florentine band Hacienda, Donato listened to Elio's recent recordings and proposed they form a duo to produce and compose music. Thus, with the collaboration of Florentine / London-based musicians and bands such as Dead Coast, Go! Zilla, Hacienda and Plastic Man, Elius Inferno & The Magic Octagram was born. 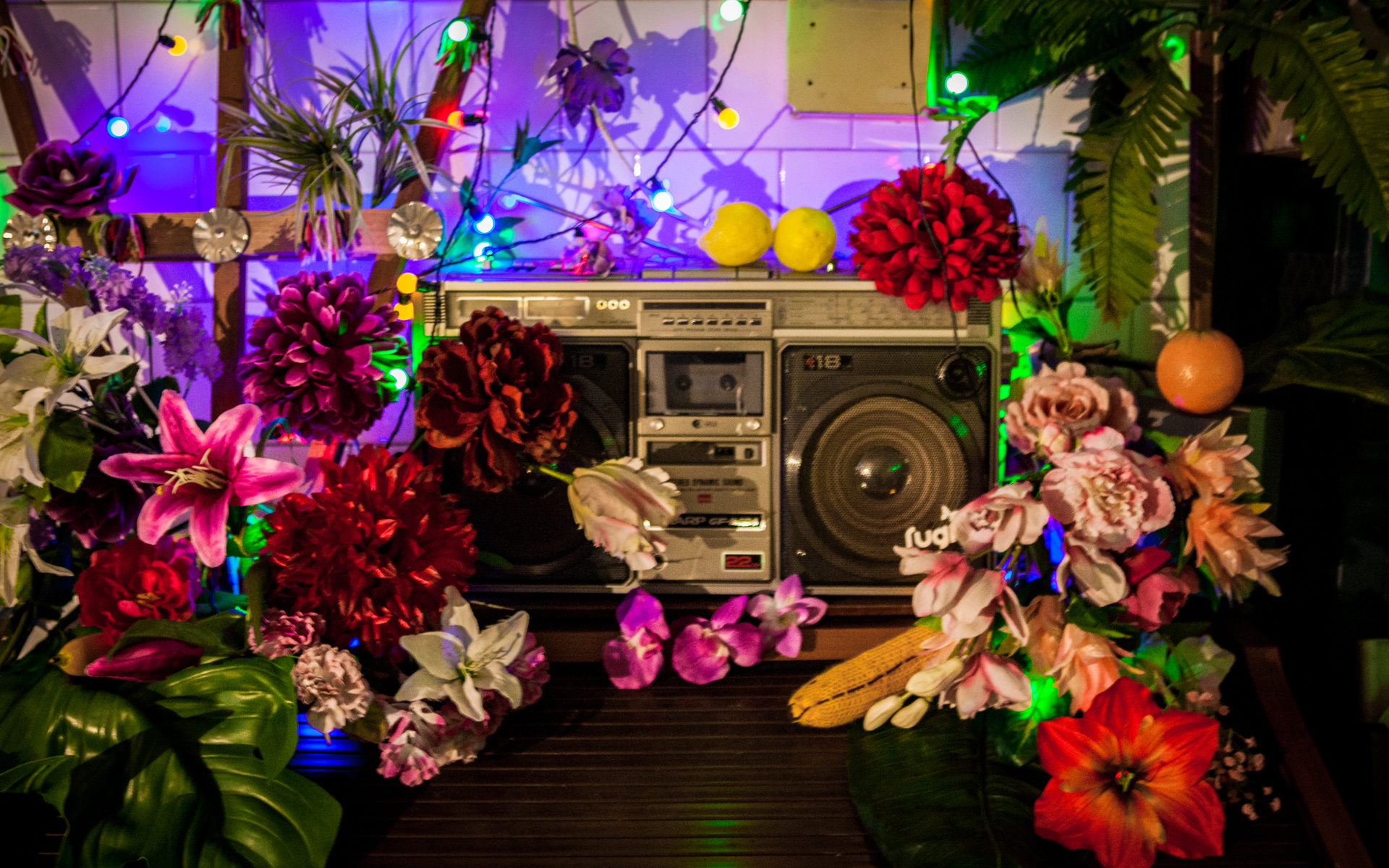