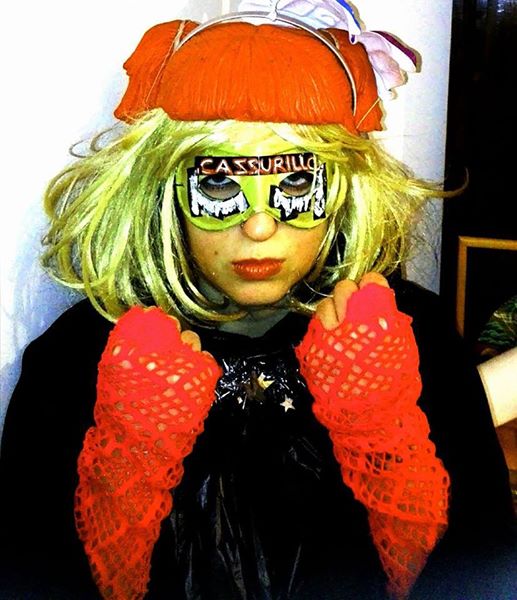 CAZZURILLO is an accidentally odd sounds composer and “one girl mess“ performer.
During her live sets she disguises herself without reserve and with a mocking snigger on her face she sings with scrambled voices, grooves, guitar. All supported by insane objects animation video projection. 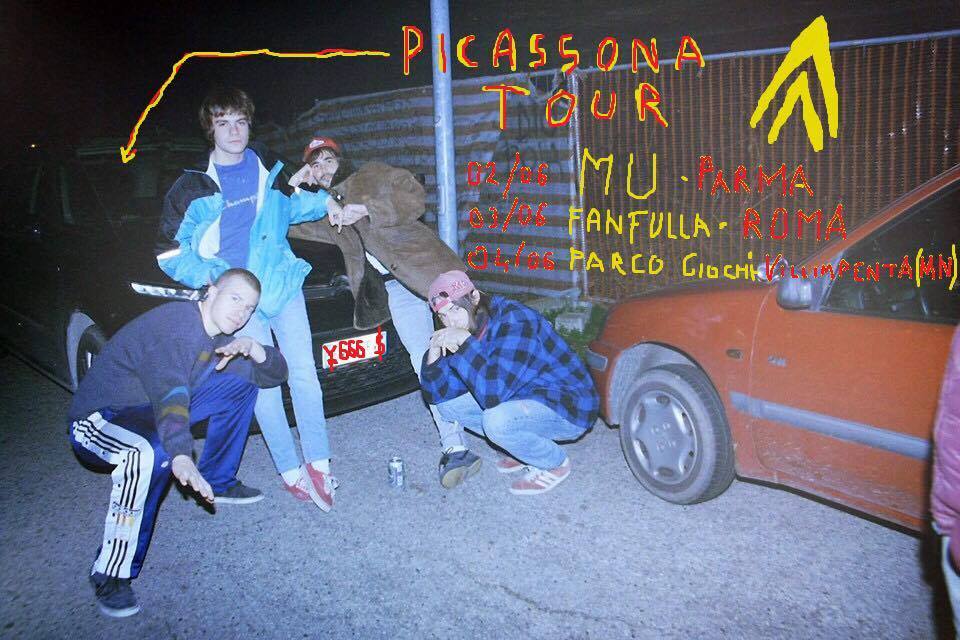 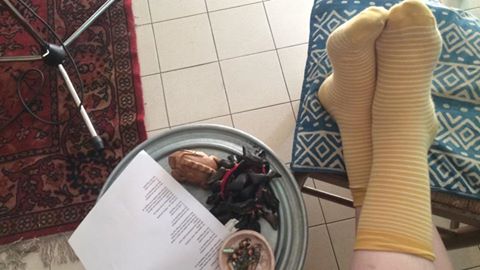 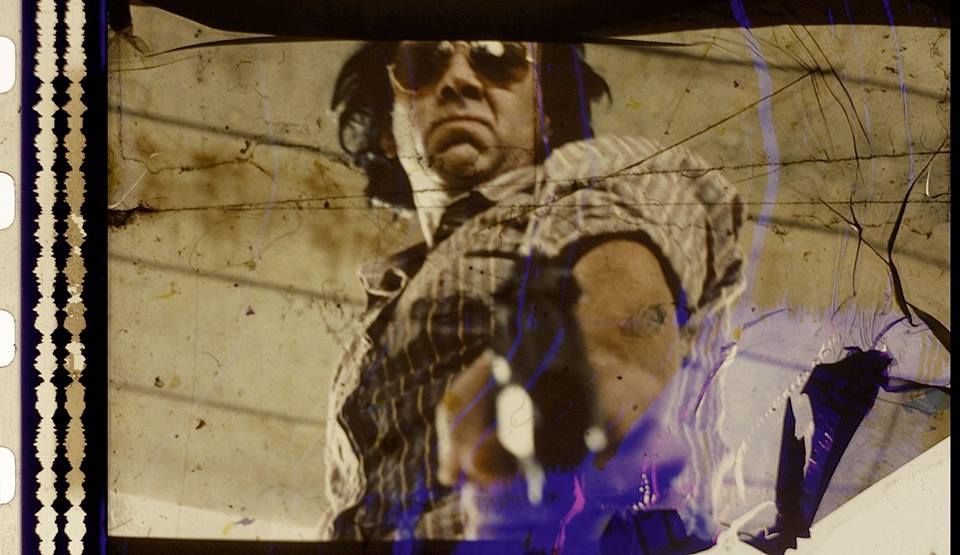 In Light, In! / Ken Paul Rosenthal / 12' / 2014 / Found Footage / USA
A haunting, visual essay about the awkward and angry junctures where our culture struggles to manage its emotional distress. Images recycled from 1950’s-era educational films are accompanied by original compositions by world-renowned cellist, Zoe Keating.
Ken Paul Rosenthal is a cinema artist and mental health advocate whose current work explores the geography of madness through the regenerative power of nature, urban landscapes, home movies, and archival footage from social hygiene films.

On ira à Neuilly inch'allah / Anna Salzberg & Mehdi Ahoudig / 19' / 16mm / 2015 / France
We hear the first strike of young workers from Velib, the Parisian rental bike company. We hear them learning how to drive and organize a demonstration, with the typical language of African working-class areas. We see Paris in black and white, in early morning with only few people on the street, in a long and slow, never ending travelling from the outskirts to Velib headquarters in Neuilly.

TRiplete Plástico / Ignacio Tamarit / 1' 36'' / 2015 / found footage /Argentina
Over the years I painted super 8 film strips that for some reason I discarded and stored in boxes. After a while I wanted to give a new use to this material, or at least recycle it. So I started to view and select only the parts that interested me the most of all this footage. I ended up taking 3 frames here, 5 here and collected an entire folder of small frames.

San Guerrero / Jeff Zorrilla / 3' / Super8 / 2015 / Argentina
A short Documentary about an American ex-pat who lives in Buenos Aires and works as a city tour guide during the day and a sexual tour guide during the night.
The film was first short on vision 3 negative super 8 and then refilmed we color reversal super 8 from my computer screen so that I can project it live. It is a first glimpse of my full-length feature called Monger.
Jeff Zorrilla was born in 1984 in the United States. He studied film at the University of Santa Cruz (California, USA), and the University of Copenhagen (Denmark). He currently lives and works in Buenos Aires, Argentina. He’s directed numerous short films in Super 8 which have gone on to play in festivals in Cannes, La Paz, Montevideo, Taipei, and New York.

Ora d'aria / Francesco Fei / 6' 53'' / 16mm / 2015 / Italy (Yard time) Ex Prison of Sant'Agata in Bergamo.
Francesco Fei was born in Florence and lives in Milan. In 2004 he shoot and produce his first feature film, “Onde”. The movie has been selected for many festivals worldwide and has been recognized by critics as one of the most interesting Italian first movies of the last few years. With the documentary in 16mm "Armenia!" he participated at the Trieste Film Festival, 2016 and the Bellaria Film Festival, Red House Art Doc 2014. He is teaching at the Academy of Fine Art in Bergamo and at IED in Milan.

Over&Over / Michael Fleming / 8' / Found Footage / 2016 / the Netherlands
A 35mm found-footage hand-manipulated collage film focusing on the depiction of fear and revenge seen in commercial cinema. Manipulating our fear of mortality, it suggests we decimate what threatens us. The surface of the film material has been treated in the same way: peeling, scalping, cutting, and burning the image.
Michael Fleming is a visual artist and a VJ. He ‘paints’ with manipulated film and found footage from kitsch, cult and news broadcasts. Fleming has shared his work on festivals, in clubs, during live performances, in galleries and several museums all over the globe. 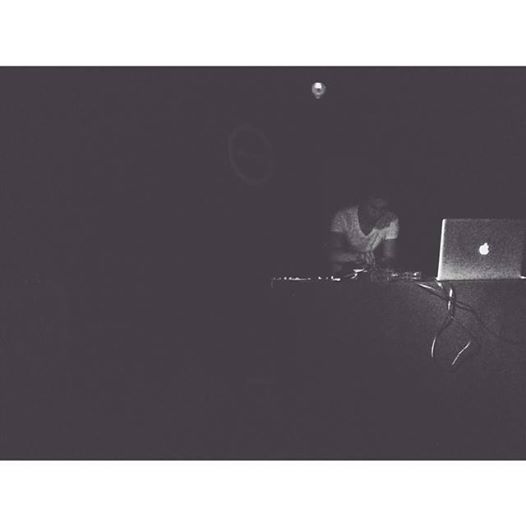 Seretan uses sequencers, drum machines and samplers to create distinct style of music which is based on additive structures, sustained textures and unusual combination of sounds.

Like any sound obsessive, Özcan Ertek splits his time between a number of different projects. At the top of the list are Eno-inspired ambient explorations under his soundcollage moniker, as well as the experimental electronic music he makes under the name Seretan. From minimalist ambience to larger-than-life melodicism: Turkey’s sonic explorer Seretan will play his live set that including tracks from new 'Transference EP'. 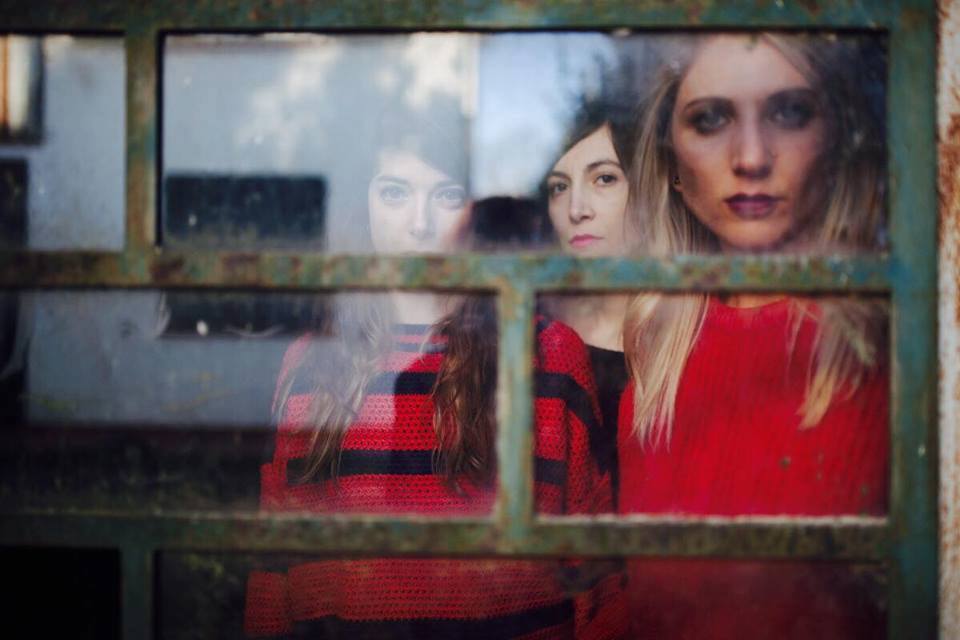 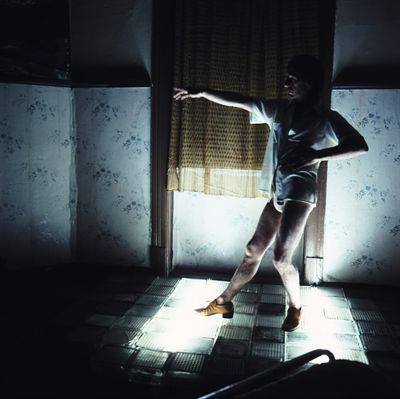 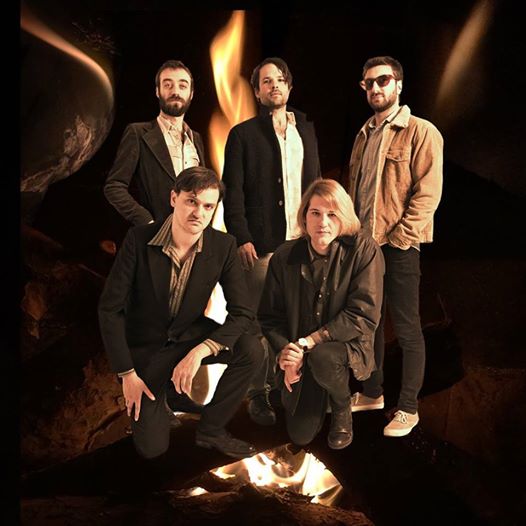 Triptides is a sun-warped psychedelic group from Los Angeles, California.

Triptides began as a bedroom project, with Glenn Brigman (guitar/vocals) and Josh Menashe (guitar/vocals) swapping ideas. Since then the band has grown, shifted and evolved, taking on a life of its own in the process. Their first records were full of lush beach-pop psychedelia, while on their last album Triptides slice together garage-punk, elements of psych and 60s West Coast pop.

The band played Manchester Psych Fest and some shows in the UK in May 2016 and in 2014 they played 'Rock in Rio' in Lisboa, Portugal sharing the bill with The Rolling Stones, Queens of the Stone Age, and others. In the Fall of 2016, Triptides joined British psychedelic group Temples on the West Coast leg of their US tour. Their new record Afterglow will be dropping early next year on Requiem Pour Un Twister. 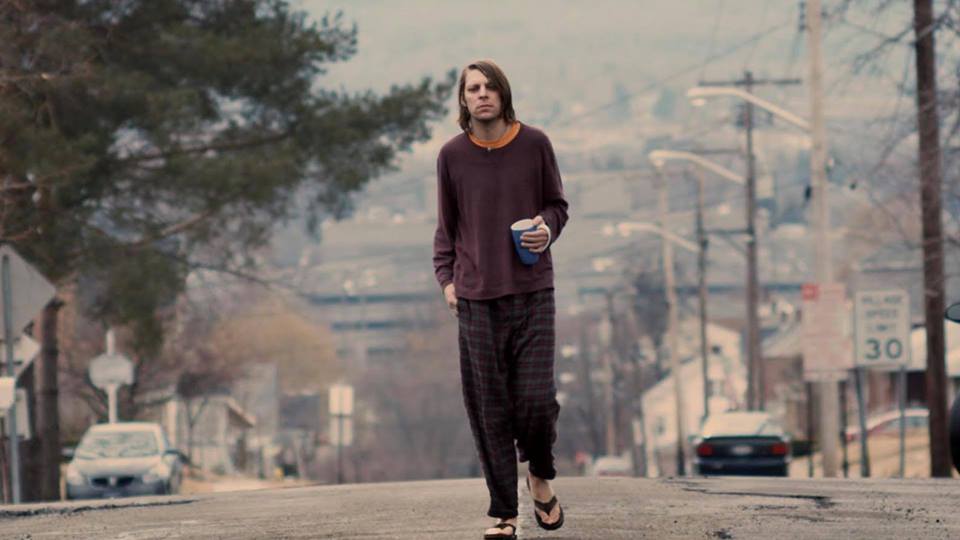 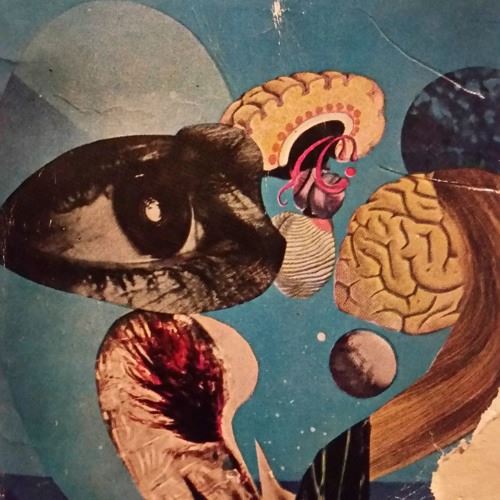 BIG DEBBIE:
Born in Soviet Union, Debbie discovered Western pop music through her father. Who at the time was bootlegging imported vinyl and reel to reel tapes that were being smuggled into St. Petersburg mostly by sailors. This and the time spent as an adult in San Francisco (from 2000-2012) continues to shape and influence, what is known as Big Debbie project.
Big Debbie started as a bedroom - recording project, that emerged out of San Francisco, CA in 2012, as a means to deal with addiction problems. The 4 track demo surfaced in a form of cassettes and a limited vinyl release. Midheaven Distribution described the release as "Driving drum machine beats and repetitive fuzzed out, sludgy bass lines with some tape manipulated vocals that croon, whisper and growl mostly in English. Foggy, hypnotic, haunting and playful at times."
Within the next couple years, Debbie moved to Los Angeles, venturing out on several tours across U.S., Europe and Russia. Mostly as a solo act, she would occasionally team up with guest performers/friends such as Terror Apart, Future Blondes, Gay Orphans, Ciriza and Moscow's A.W.O.T.T. Eventually the name was changed to Big Debbie and a full length, (out on Ratskin Records), is suppose to capture the transition from bedroom to the stage. . Big, sexy noise you can move to!
ratskinrecords.bandcamp.com/album/big-d…a-ca-deb-ra
vimeo.com/115244693
vimeo.com/61316161
vimeo.com/63533481

BEAST NEST:
Beat Nest is Sharmi's primary performing project. She utilizes an unwavering depression & restrained horror to channel left-eyed spirits. While simultaneously clearing and entering, the sewage pipes of the body and the patriarchy congeal into watery soundscapes as a vehicle for achieving liberation through the darkest of fears.
http://www.sharmi.info/beastie/ 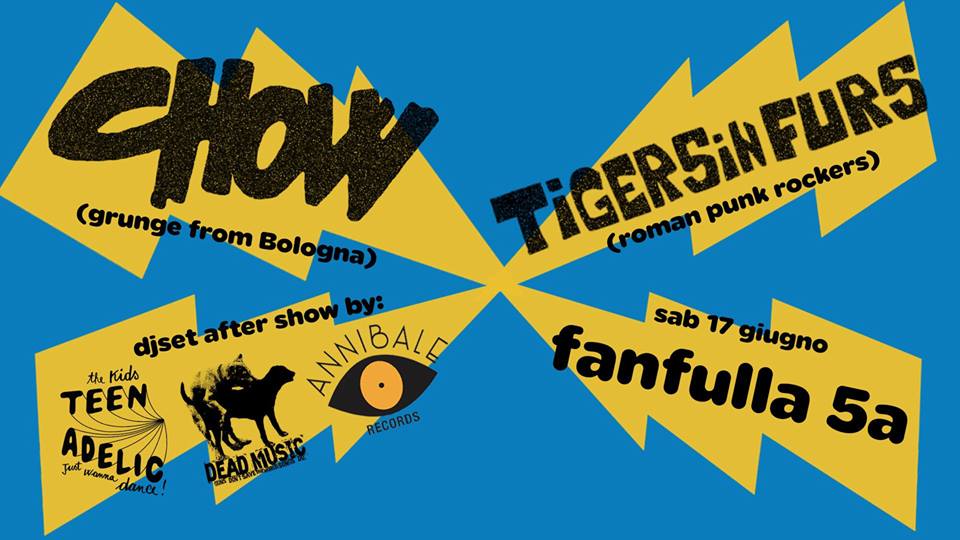 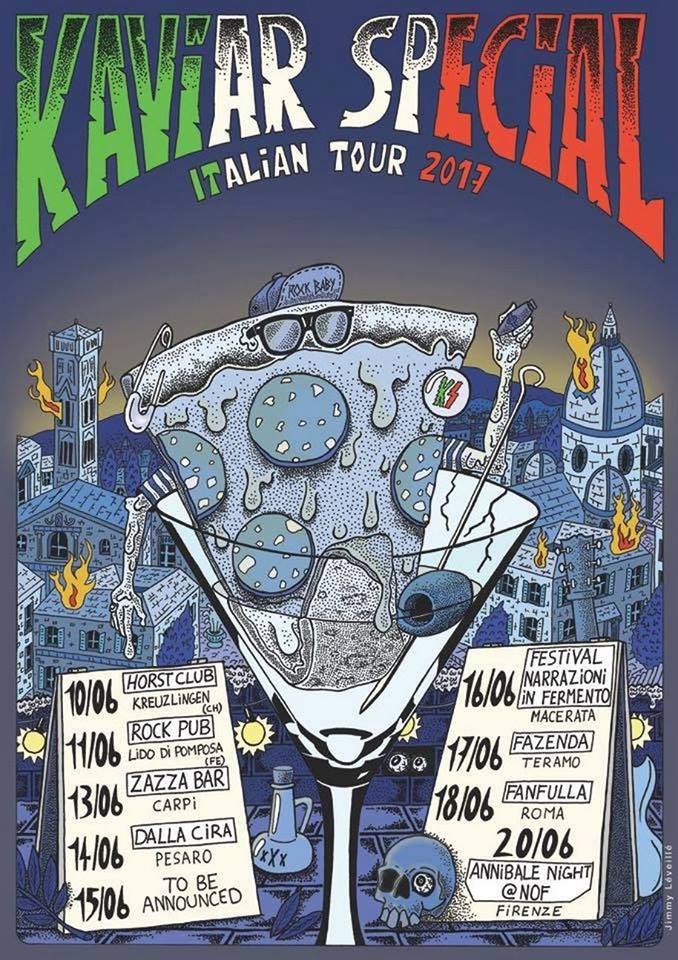 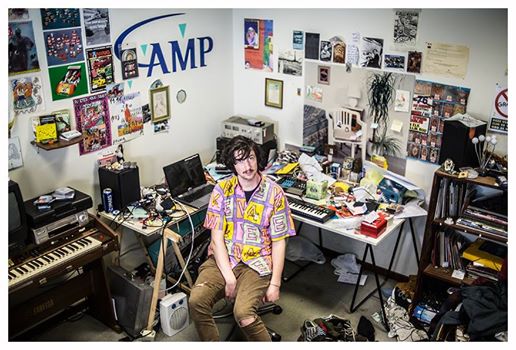 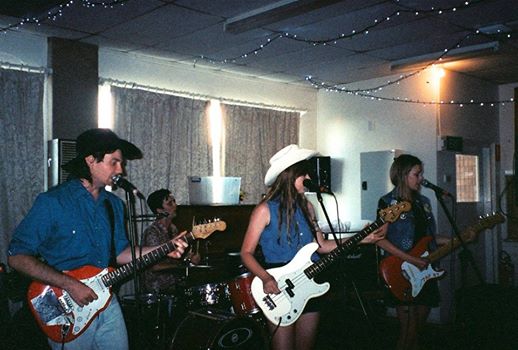 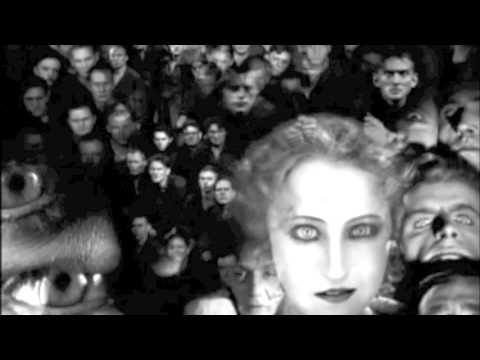 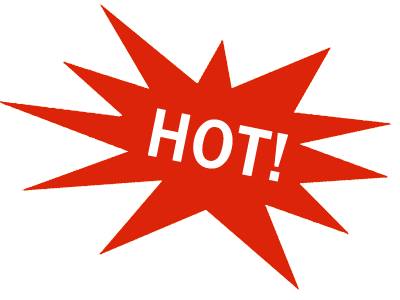 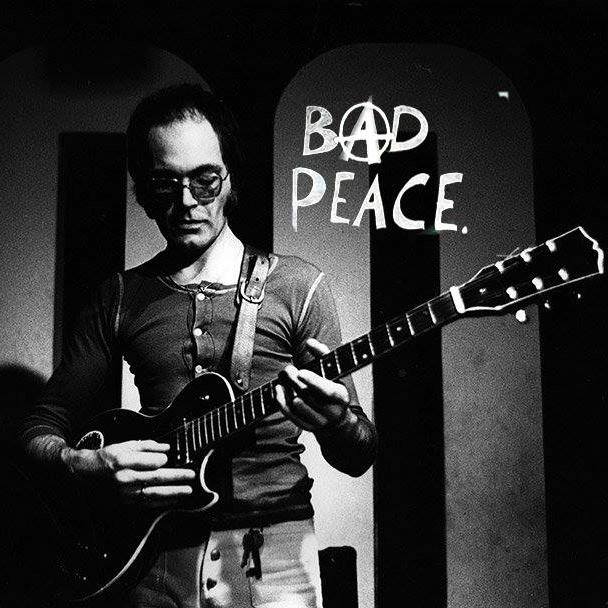 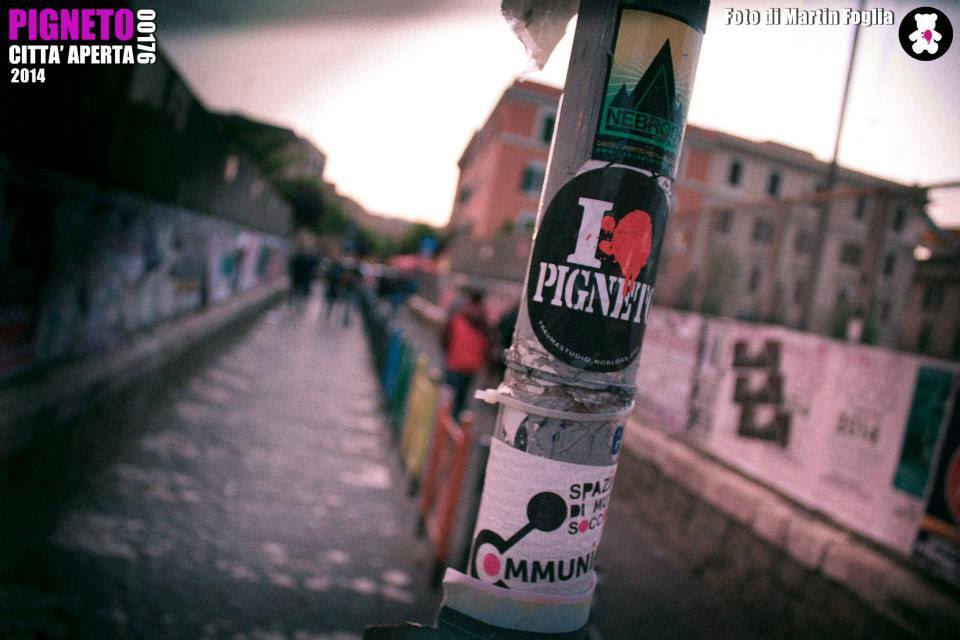 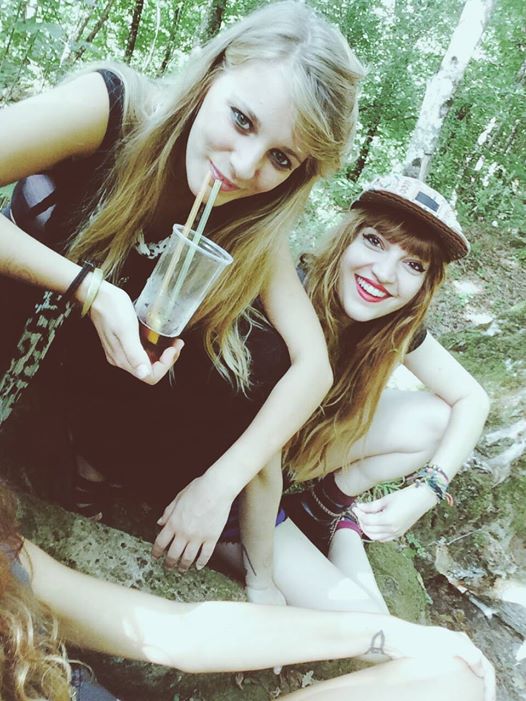